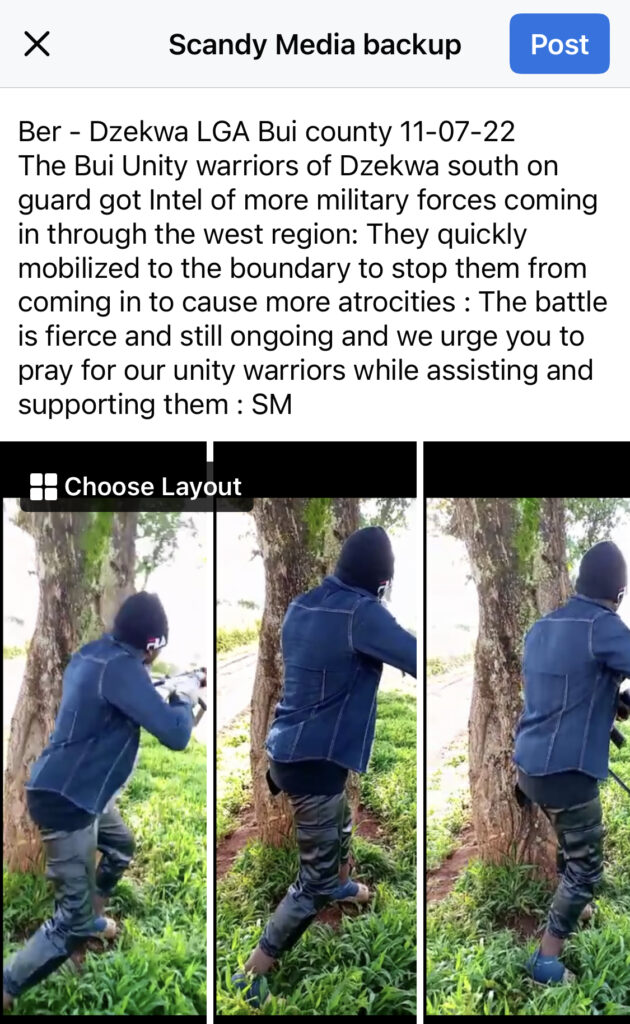 The Bui Unity warriors of Dzekwa south East successfully stop the 4 Biya’s military trucks that wanted to invade Bui County through the west region : As soon as the warriors got info about their itinerary they quickly moved towards the border in Bangoran and exchange gunshots with them:

The fierce battle became too hot for the Biya’s military that they arrested lots of civilians using some as shields to escape : We are told some farmers who witness the scene were also arrested and at least 5 of them have been reportedly taken with them to Kupah Matapi a neighboring village with Bangoran sharing boundary with the West region :

From all indications they said the 5 taken with them shall help them locate the position of the warriors while using them as shields as well : These abducted farmers we updated have not eaten since morning and are being tortured and kept in very conditions just because they happened to have been around the battle scene :

The military scared of the kind of weapons they saw and hears firing told the warriors while fleeing that they were going to return for them : The warriors who are always on guard 24/7 are seriously waiting for them: Meanwhile the Bui warriors commander (The Malians) who led the operation has called them as cowards and challenges them to release the innocent civilians and come face them :

Some family members of those arrested have reached out to Scandy media stating that two of the people arrested are patients and did not take their drugs along : These and more and the atrocities being committed by Biya’s military daily in southern Cameroons with the complicity of the silent and sealed mouth International Community : SM