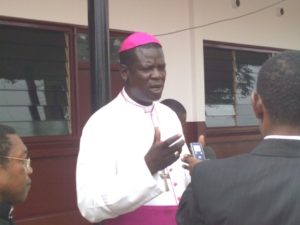 Positive Outcome of Bishop Kleda’s Tour:
Archbishop Kleda’s trip might be a positive one:
For him to have admit that the radio and Tv has been spreading lies, and that he found the truth himself is enough reason for him to have made that trip. It might help him when writing the next letter.
The question is? How come, of all the & dioceses, Kumbo Diocese was left out, What did the people of Kumbo do this time around:
The Intervention of Mgr Lafon patrick and Hon. Jua were timely and fearless.
Another opportunity for the regime to start a fresh dialogue.
This and more on this article. Read, share and comment
http://sheytatah.dk/bamenda-positive-outcome-of-archbishop-kledas-trip-to-swr-nwr/

A lot of ink has been spit on the on-going tour made by the National Episcopal Council of Cameroon (NECC) president  Archbishop Kleda Samuel of the Douala archdiocese. The trip was a follow up to the letter he signed on behalf of the bishops to convince catholic bishops and other institutions get schools to resume in those regions and call off the strike. The meeting ended today with the Archbishop visiting 4 Dioceses out of 5 with Kumbo being the only one left out. Reason for this is still unknown. 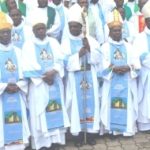 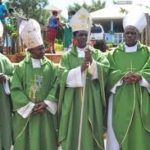 The first visit in Buea on the 2nd on May as reported by Fr Niba Herbert couldn’t start until the arrival of the Governor who came with heads of all services (police, brigade, gendarme, procurer general, Mayor, GCE board registrar, & 3 of the people who took the Bishops to court. “Over 25 man entourage and the Governor finally became MC of the meeting, (appointing who to talk, ordering the drafting & signing of a communique.” He said. 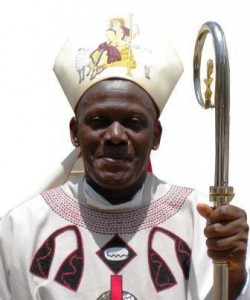 The case of Kumba and Mamfe needless to belabored as the Archbishop met with the same results and resistance as the parents did not only get angry in Kumba , Mamfe Bishop Called for calm and challenged the Mayor to be the first to bring his kids to schools as the Catholics schools never were closed.

Meanwhile that of Bamenda was the peak of the tour as Archbishop Kleda came face to face with reality not only in words but in the field as he convinced himself that not only Catholic schools did not resume but the Government schools as well. 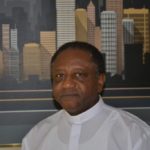 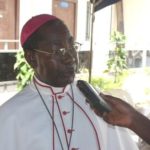 Although nothing was mentioned about the reactions from the Archbishop of Bamenda yet, the main headlines and echoes were those of MGR Patrick Lafon of Nso Origin. He is the former Secretary General of the Bishop’s Conference of Cameroon, Mgr. Patrick Lafon, and present Dean of Humanities and Social Sciences at the Catholic University of Cameroon, CATUC, Bamenda, He vehemently vomited out that the Bishops should be honest and state clearly what they need which is Federation and that asking for Federation was not a Taboo in Cameroon.

Then came the powerful intervention from Hon Jua Paulinus; ” We know the problems but because of greed we don’t want to accept.The Francophones don’t love their children as much as we love ours.If there is no genuine dialogue I can assure u your Grace that you will not have any solution. You are not more Cameroonian than us. If you care you bring all the armies from Yaounde here to Bamenda we will not send our children to school.”

The PTA president of St Paul’s college Nkwen thrilled the crowd as well as an orator, as he hammered on the aspect of fear they experience. He quoted that since he completed primary school in the early 60s up till date, he has never seen a situation where military has to be deplored for people to study. He said this is another reason many children do not want to go to school, as such, all military people should return to the barracks. His speech lasted 2min 25secs but was rich in substance. 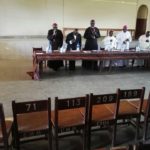 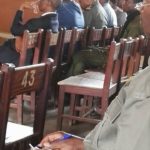 It was only at this point that Archbishop and his delegation saw the whole picture painted in their brains. It is reported that “they were shocked that as opposed to what is read over radio and shown on TV, even the government schools in NW and SW  still remain closed.Hammering that lies telling should not be part of the media”

The worries are…Shall the delegation continue to an unannounced trip to Kumbo? Have they had enough information that going to Kumbo might be of less importance? Did someone advise them not to come to Kumbo? What did they say about the Kumbo people? The mystery behind this “forgotten” diocese in the Bishop’s tour shall soon be unveiled.

It is hoped that the facts gathered by the NECC President shall open was to fresh dialogue and that the Regime shall know the truth and accept the situation while seeking a lasting solution.