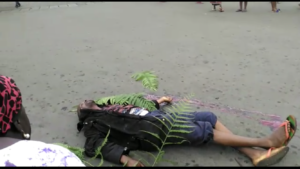 The genocide continues amidst the silence of the International Community who have sealed their lips with petrol money from the southern Cameroons and decided to join the Biya regime to wipe out the people of Southern Cameroons also known as Ambazonia.

In Cameroon the military has the sole right to single handedly take a gun and open the score of a civilian and go free as long as such a civilian is from the English speaking region or southern Cameroonian. 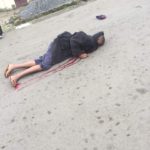 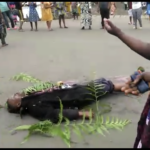 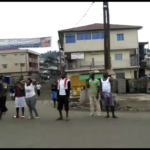 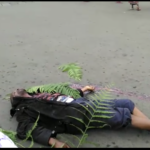 Ever since the crisis started 2 years ago, the regime has killed close to 8,000 civilians and yet no international body has condemned nor called the regime to book.

This they have taken as a ritual to shoot at any soul they see on the streets of Ambazonia as was the case today in Buea the Capital of Ambazonia. The military shot at close range and killed civilians whose crime were that they went to carry portable water and this angered the military on patrol. Eyes witness said they thought the shootings were on the air until they actually saw them fire directly to the civilians.

This happened today Monday the 24th of Sept 2018 a day said to be a ghost town where no activity takes place in the two regions. The action by the military has made indigents to question the role of the military said to protect the people and their property, yet they have been the ones behind the genocide and all the atrocities that has claimed more than 8,000 souls.

The Citizens have in return sworn to fight back the enemy to get their land freed from La rep of Cameroon. They blame the we st for standing by the same dictator Paul Biya who is behind this massacre and has been at the helm of power for close to 4 decades and no one sees anything wrong about it. He shall be standing again for another 7 year term with the support of France and its ally and it is already alleged that he has been declared winner, reason the French President served him with an invitation to France on the 12th of November 2017 a month after the elections.