The Cameroon Minister of defense Joseph Beti Assomo says villages under the secessionists rule have been recaptured and that refugees could not return to their villages as security forces dispatched there have fought and defeated them. 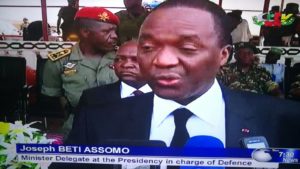 The Minister was in the South West Region in Manyu during this New year as he met with the military forces as they jointly watched the president of the Rep of Cameroon Paul Biya deliver his New year speech. 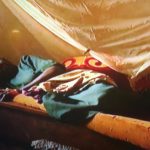 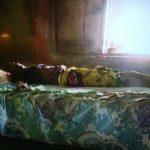 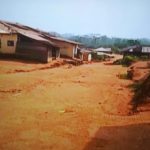 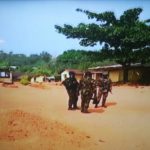 The Minister and Military officials said their actions chased everyone from the villages but for two lwomen who could not escape due to their inability to do so based on health.  One village of close to 2000 Inhabitants as they were chased completely out to neighboring Nigeria, the forest and bushes. 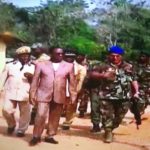 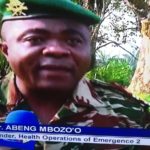 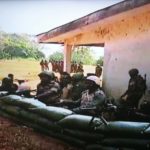 They claim their action was in response to the video that circulated online about the Ambazonian Defense Force (ADF) headed by the commander in chief Cho Ayaba. The images were shot in a building  Dadi in Akwaya- Manyu Division. This according to the Minister is the reason the population had to go through much pain of many lives and property lost.

It should be recalled that this action was first prompted by the head of state Paul Biya upon his return from the Africa-EU summit in Ivory Coast when he declared war on the people of Manyu for death of 4 Military and 2 police men upon arrival at the Yaounde-Nsimalen airport.

The SDO for Manyu later issued an order asking that more than 16 villages be evacuated for the impending doom. This led to world wide exposure of the pain inflicted by the Government on its citizens. A contrary communique immediately and later came from the Governor, referring to the SDO’s order as fake but the evidences against the regime were already documented and shared even by some human rights organizations. The case was alarming on the social media as it went far and wide. 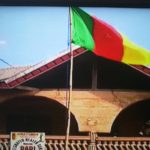 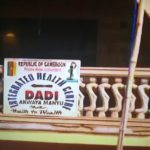 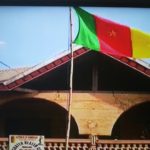 For the Minister and his Top Military officials to declare that they waged a war because of the video by Cho Ayaba that did not start any war is another exhibition of bad faith, manipulation and Government’s continuous use of military force to suppress the genuine grievances of Southern Cameroonians. Asking the villages to come back to destroyed and burned homes is interpreted by many as another ploy to arrest and inflict more pain on the citizens. With the Cameroon flag flying over Dadi, after pulling down the Ambazonian flag, the military believe they have won the war. The casualties of the military in the war is not being reported. There are fresh sporadic shootings today in Mamfe, yet they claim to have captured the territory.  Only time will tell.