The Regime through the Ministry of Secondary Education is trying so hard to graduate and promote students with little or no knowledge of education. This situation has been termed by many “deplorable”. 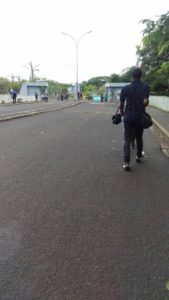 Our informant had a tour in both the Buea and Bamenda campuses who quickly concluded that  the number of military men deplored on these academic institutions surpasses that of the students. In UBa he found out that students lace around without attending  classes but for few French students who could be considered attending some lectures. Those he called lacing the campus only mark their names and disappear. 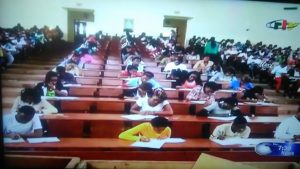 The situation is similar in Buea as our reporter spoke to some students who expressed regrets and dissatisfaction. He spoke to some students and the first was a female who stated that she did not want to write any exams because she has not been studying but that his Dad insisting she wrote. She went further to say, “I don’t know a thing, i have forgotten everything even my matriculation number”, Rose Mary said. Another student contributed; “I don’t feel like preparing for it.I don’t have notes, I will just go write my name and leave the hall. I didn’t write any CAs”, Pamela added.

When asked on the preparedness of other students and  attendance in the campus, Rose Mary said, “The exams are just a waste of time, students don’t know what they  are writing,it’s like a joke,no one is taking it serious”. She went ahead to refer the situation of attendance as “pathetic”, stating that “Many students are in Molyko but no one is daring to go school”.

The informant proceeded to ask why the Vice Chancellor Nalova Lyonga will express satisfaction with attendance yet she called it pathetic and deplorable. “The worst is that students writing don’t know what they doing, everyone is complaining, they just mark their names and leave the halls, even lecturers are advising students not to write because it is like offering them worthless results”, Pamela added. 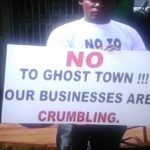 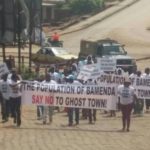 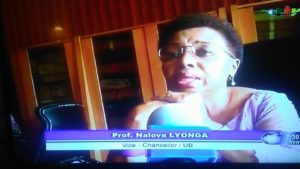 “The vice chancellor is doing everything possible to bring back students, now she’s begging us who have not been attending classes to come write exams  I don’t have my time table yet. but i know that i am writing a paper tomorrow”.

Earlier this afternoon, our informant spoke to another student on the experience at the campus today and he said; “It was not an easy experience, today was my first paper, the security was tight and i felt tense. While in class Professional photographers come in from all directions taking pictures as we write…I just wonder what took me to school and i can assure you it was my last time with such an experience.” Jonas said. He went ahead to state if not of the military men, the campus was as a deserted as a ghost.

When one paints a picture of what these students narrate and represent, one questions the type of results students expect. How can the Vice Chancellor force students to take a first semester exam at the end of the year? Of what worth shall the results reflect without knowledge? 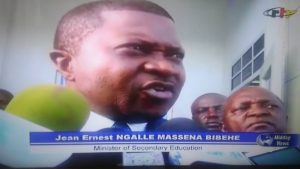 The case is same of the Minister’s tour to insist that public exams like the GCE should take place when schools have been closed for close to 7 months. CRTV reports that 54,000 students are to partake in public exams alone from the NWR starting from the 15th of May. No private school has been opened for 7 Months and the few Government schools that were opened did not have classes, yet the GCE board insists on organizing exams for the 2017 year. How do they come up with such statistics? Ghost students?

Are these moves aimed at proving a point or fighting not to lose a school year? What will it benefit an exam without students that can stand to defend their certificates? A Blank school year would be better than a worthless certificate.

There is therefore no doubt that the situation is deplorable from the experience expressed by the students, from the fact that even the Archbishop of Douala on his Mission admitted that schools have been grounded, and most especially that students shall be writing in a militarized mode. This, and more is unheard of in any modern society. The regime should swallow its pride, admit its weaknesses to handle the situation, and seek for fresh dialogue and solution, which is granting the demands of the Anglophones that are legitimate.