Prime Minister Yang Philemon was in Bamenda today at the Congress Hall today for the Mezam Division to convince the people of the region to call off the strike and let children effectively go to school. The meeting has been reported from different angles differently with mix feelings. 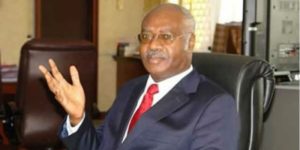 CRTV reports that the teacher’s representative assure the government of effective school start tomorrow stressing that many misunderstood the strike and took advantage of it for their own gains and destroy the future of the kids.

While this report was going on, Bareta news reported on a similar meeting at the Cathedral in Bamenda where parents invited by the Catholic hierachy to persuade them send their kids to school met with resistance.

Still on the PM’s visit and meeting before he retired to the Ayaba hotel, Prince Ekosso contradicted the report by the CRTV stating that the PM met just three questions from the SDF MP from Bafut Hon. Fusi Namikong :
He asked to know how schools will resume:
1 without Internet,
2 Without the release of those arrested and detained,
3 Without demilitarization of the town.
But went ahead to advise the PM to also  read Psalm 8:7-9

This statement is also reported in cameroon-info.net

” He told the Philemon Yang that schools can only resume if internet is reconnected in the two English speaking regions, if the town of Bamenda is demilitarized and the arrested strike leaders released.”

The PM responded with the same answers and defenses the Government stood by:
1 No Internet becausec it is being used to spread false information,
2 Some of the arrested persons have been released and the others must be judged.
3 The town will not be demilitarized if we don’t calm down.

Thus, the reply from the PM obliges the MP to conclude that the PM’s visit has again brought no solution to the crisis.
Although too early to conclude on either side, 7th of March is just few hours from now to vindicate CRTV report and the 10th of March to vindicate the MP after the PM’s tour. 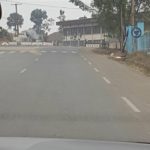 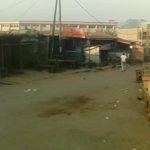 It should be noted Bamenda experienced a serious hgost town despite the PM’s visit and another is target tomorrow to link with women’s day on wednesday. Giddeon Lukong states that “should these ghost town days hold, then one might say the determination of the Anglophones to stand by their struggle seems to materialize more and the Government should sincerely yield to the legitimate demands.”