The speculations by The Eden Newspaper and many otherprint media to continue the appeasement of Anglophones by the Biya regime through positions did not yield fruit this time around. The media had tipped Nfon Mukete the eldest in the Senate and Hon. Enow Tanjong for the positions of Senate chair and House Speaker respectively, while maintaining Mr. Philemon Yang as the PM. 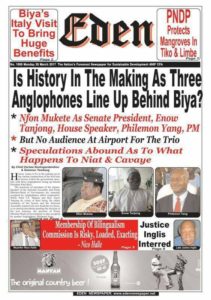 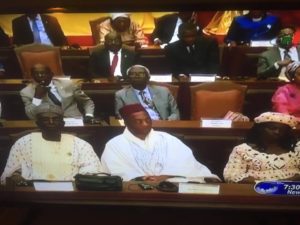 Many wonder how Nfon Mukete could conduct senate elections and Senate Marcel Niat Njifenji emerge victorious for the 4th consecutive times. He had 79 votes out of 94. This now questions the future of PM Yang who is battling in Bamenda to make sure the 32nd Anniversary of the CPDM party is given a befitting celebration.
But faced with the political crisis in the country, Niat and Cavaye had to be maintained to balance the share of power as this would have brought agitation from the West Region and Northern regions. With their reelection, president Biya can at least go to sleep tonight having appeased different Regions of the country. 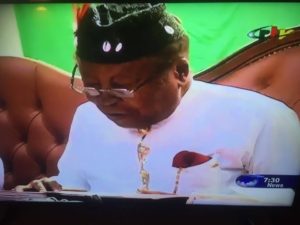 Meanwhile a door was removed and a window fitted in as Senator Tabe Tando Ndiep Nso of the SWR replaced the Former PM Mafany Musonge Peter as vice President of the Senate. 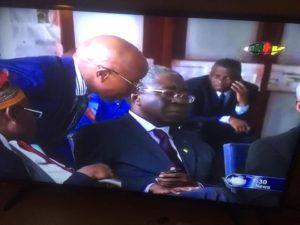 Fon Teche Njei a CPDM Senator from the NWR, happy with the outcome of the elections looked forward to maximum collaboration with the Newly elected Exco.
Senate reelect Niat
Senator Etienne Sonkeng of the SDF from the West Region was not interested in the status quo that was maintained but rather wished for more respect and power to be handed to the Parliament and senate to bring changes at the Head of the Republic.
On a similar situation, the parliament had a very tough time with a noisy parliamentary elections which later maintained Cavaye Yeguie Djibril for uncountable number of times. The fuse was in relation to the issue of Immunity as many parliamentarians were no longer safe. There was deadlock as Joshua Osih, Fusi Namukong, Banadzem, Mbah Ndam and other SDF MPS insisted their position. The case of Hon. Wirba Joseph.
Listening to both winners, Niat and Djibril, they both Thanked the head of state for their victories, keeping one in the doubt if these elections are appointed and the population being manipulated or if these leaders are democratically voted.
In a country where the same people are reelected (over and over) until death questions the level of democracy in the country, making one to conclude that Cameroon is actually ruled by Kings and not democrats. A country where the youth have no place and can not contribute to its development.
Shey Tatah Sevidzem

President Biya appoints some Anglophones to the posts of Secretary General at the Governor’s office and some  Prefects, removing some Francophones from some Anglophone Regions and bringing in some Anglophones. The Francophones brought into the English regions are those with an english background. This goes to confirm the speculations that we reported 2days ago about the use of appointments to satisfy the Anglophones. 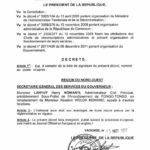 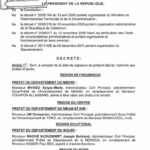 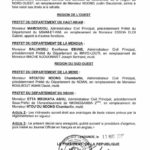 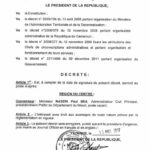 These decrees are circulating all the social media with whatsapp groups sharing the audios as well.

From the comments made online, i  understand that this is not what the Anglophone crisis is about and that many say that they are not after positions…But…This goes a long way to show the impact this strike has made so far…Some did not believe when we wrote that the president shall be using appointments to fight the struggle. Many claim that had long passed that stage and are at a level of restoration and not appointments;  But you know what? He just blundered by signing them only in the French Language as usual, another evidence of Marginalization. This is just the beginning. Has this got to do with any of the demands of the Anglophones?

Talking to one guy Mr Kinga Damasius, that shared the papers with me, he said president Biya is very consistent and that is why all his decrees are signed in French. He went further to remind that “these appointments have no relevance…It only shows how the enterprise of President Biya Paul and his family have been divinised.” He added that “He and his company are so gullible that they can’t read the handwriting on the wall; It hurts to be so dull and so insensitive”. 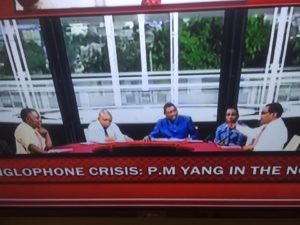 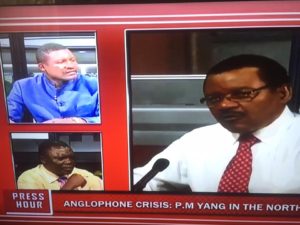 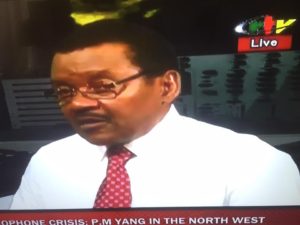 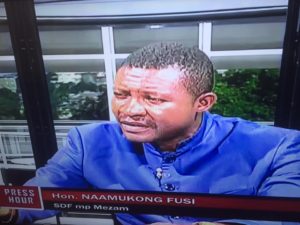 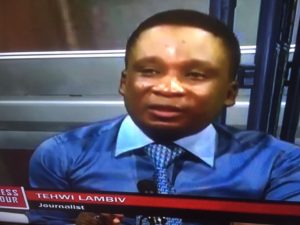 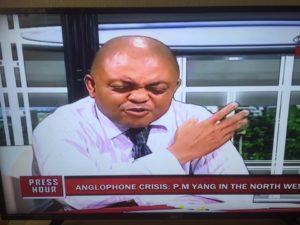 The SDO for Wouri has responded to the SDF MP for Wouri East rejecting his request for a demonstration and a rally to brief the public on Federalism and National untiy.

In a letter dated 22nd February 2017 signed by Hon. Jean Michel Nintcheu, SDF MP for Wouri East informing the authorities of his Division of a peaceful march in the division to sensitize the public on the issue of Federalism and National Unity precisely in Bepanda. This is to take place on the 4th of March 2017. 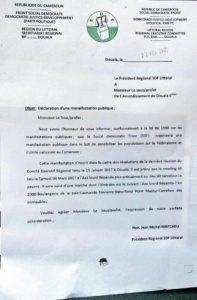 In Cameroon, most responses to events are never received within a short period of time, but considering the sensitivity of the the Theme, the Assistant SDO for Wouri responded in less than 48 hrs with a No reply, banning the said Rally/Manifestation. 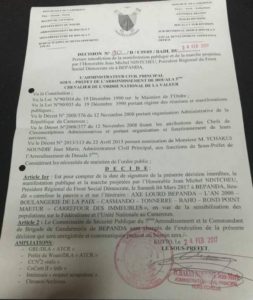 The million dollar question is; since Hon. Jean Michel Nintcheu was merely informing the authorities citing the law that gives them the right to do so, shall the no nonsense MP of SDF go ahead to hold is rally despite the Ban or bow to the ban? Hon. Jean Michel Nintcheu is known for his love for the people and out-spoken nature especially in 2012 when he attacked the president of the country on his immunity. He is also referred to as “A man of the people for revolution” 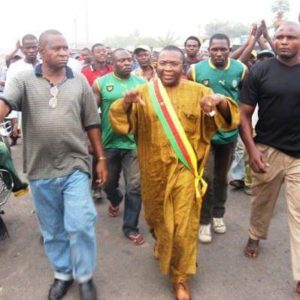 some schools of thought hold that, the reason of banning the above mentioned strike is due to the Anglophone struggle that might get the Francophone involved and this might make things worse for the Government as the involvement of other regions will directly lead to National crisis.

An Open Letter from Fr Gerald Jumbam to Mr Boh Herbert on the Plight of the People of the Southern Cameroons. 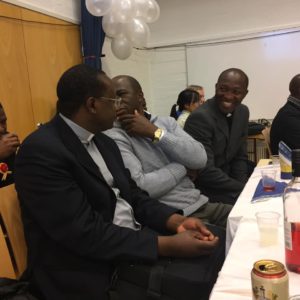