All gave their appraisal of the president’s speech :
They all welcomed the dialogue called and were worried on how the Anglophone problem will be resolved when those being consulted are those who never admitted the existence of the problem: for Stephen to him it was a conference not a dialogue called: prof Nsoh prays that the dialogue not be politicized referring to the conflicting parties which is the state and Anglophones but Ngolle Ngolle turned it to Anglophone and Francophones which was not what was raised :

Ngolle Ngolle refuting what Nsoh said referred to Somalia as a failed state while Cameroon is not one: As such the head of state with the mandate has the right to do anything as the convener: Ngolle is talking about Cameroon whole Nsoh thinks that all Anglophone front line leaders need to be consulted as well if we mean business: That Anglophones should meet and come out with their grievances than to be swallowed by others: Fir him the time is not enough but hopeful that all should come to find a solution:

Stephen reminded what the president said about the dialogue coming within the framework of the constitution which does not even permit us to go beyond decentralization for now:
Dzegwa and Nsoh would have loved that cease fire and release of Anglophones take place for fairness to take place . Dzegwa is saying he sees a replay of Foumban as the time is too short : He refused that we do not know the problem as they move around talking to people who still do not know the problem even historians who can not lay hands to facts and figures as such the root cause of the problem is what should be handled as he repeats that many consulted do not admit the problem even traditional rulers who have been rejected by their people and more than 70% are Francophones that may crush the anglophone minority:

Ngolle took on role of political parties, who should not play the role like tripartite and Foumban from what he understood by what the president said: The major challenge for him are the participants who should understand that we must all prove that we are honorable citizens with integrity, honest intellectuals and no matter the differences, once the contributions come in, the convener will realize that Cameroonians means business while hoping that some will not make contributions that will tear us apart as we want to move forward together :

Dzegwa contested on the word of founding fires stating that what they decided were also violated :
Scandy media summary

On 24-26 May 2019, NSO Family Union (NFU) Bongbati, diaspora organisation member of ADEPT based in Denmark, provided first hand reusable kits to 250+ refugee women from Southern Cameroons settled in Gembu -Sarduana LGA Taraba state in Nigeria. Implemented in partnership with the ‘Days of Girls’ Nigeria organisation and the ‘Scandy Media’ platform, the action aimed at both, providing refugee women with sanitary pads and reusable kits while training them on how to take care of themselves. Partners used this opportunity to train the Scandy media local team on providing humanitarian response, thus enabling them to extend the action and help more refugees in need in other communities and villages.

More than 100.000 refugees headed to the neighboring Nigeria in search of protection, shelter and security, trying to flee armed conflict and political crisis in Cameroun. Some of them lost their lives in this difficult journey because of hunger, lack of shelter and poor health. Women and children are the most affected by the situation and need special care. The Southern Cameroonian refugees are mainly settled in Taraba state, one of the most remote and insecure regions of the North Nigeria. It is also one of the less assisted and difficult to access locations where Southern Cameroonian refugees suffer from hunger, poor living conditions and lack of access to health services. NFU Bongbati will continue providing humanitarian response to refugee women and call all the diaspora development associations and humanitarian organisations to join the action. 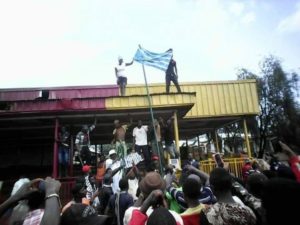 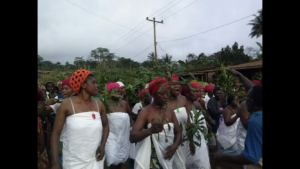 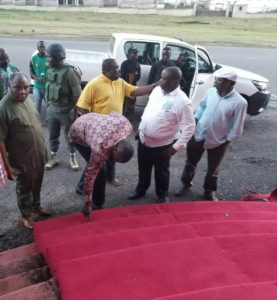 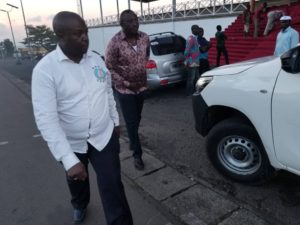 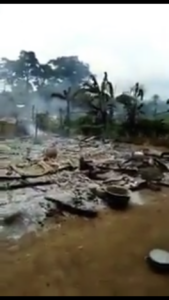 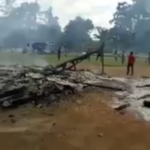 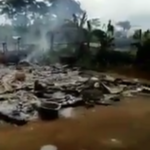 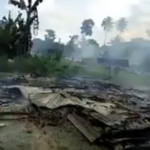