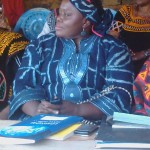 Barely three weeks ago His Royal Highness the Fon of Mbiame together with NSODA and Mbiame Development and Cultural Association (MBIDECULA), solicited your assistance through “Kpu Ye Wiyi” Fundraiser to expedite the completion of the ongoing Mbiame Palace Construction Project. 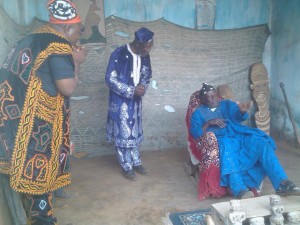 NSODA was the early bird in propagating the policy of solidarity and particularly that of “inclusion”. It took you no time to respond to NSODA’s move whose agenda was to get rid of disruptive sentiments (that had almost reduce us to shreds) by getting everybody from everywhere to constitute a cluster and work together to promote unity, the surest way to development. Yes, it did not take long for this call to be answered by NSOBATI, Kifu Ke Samba ke Douala, Kife Ke Samba ke Yaounde, Dui Won Ve Mbiame Douala Logbessou, Development Associations under NSODA, Mbiame Women’s Network, MBIDECULA Regional branches, freinds, individuals, and others whose names we are still trying to trace. 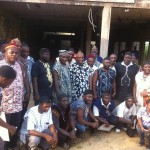 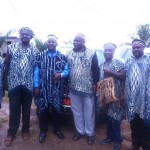 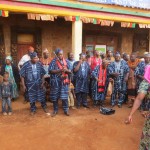 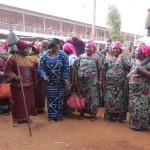 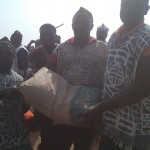 Your generous contributions came in both cash and kind and will enable MBIDECULA to take further strides in the already engaged palace project which, for a long time, had remained in a state of infancy due to lack of funds.Your interventions in the just ended “Kpu Ye Wiyi” took many forms and need to be acknowledged. 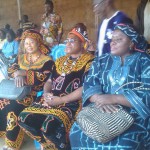 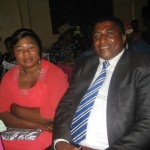 Our immense thanks go first, to NSODA President, Nformi Stephen Ndzerem whose intervention took the form of first, transforming both his Private Residence and his Office into a classroom where MBIDECULA EXCO received lessons the classroom does not provide on how best to plan “Kpu Ye Wiyi” giving emphasis to underemphasized aspects and emblems of our Tradition and Culture that constitute the uniqueness of our identity. Such lessons, we perceived, was an invitation to lovers of culture to use Cultural Commemorations as forums to excavate sites of heritage fossilized in oral traditions but which are on the brink of extinction. We might not have covered the distance foregrounded in our planning meetings in terms of execution but we learned a lot on how best to improve “Kpu Ye Wiyi” through the introduction of certain aspects of our culture that modernism appears to shroud. 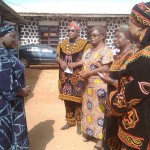 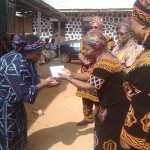 It should be mentioned that the powerful delegation NSODA sent to Mbiame constituted development and culture oriented baobab like Nformi Stephen Ndzerem, whose appearance on the scene of development appears to be unrivalled at least in Cameroon. He was flanked or well fenced on all sides by the able Billiet Ndzerem, Mrs. Angelina Sendze, our own version of Hilary Clinton, Mrs Margaret Kinga, our Angella Merkel image of a woman, including light bearers like Mr. Bulami Edward, Shey Pius Lukong, Mr Suika Victor, Tata Gilbert Baminjo, Shey Ivo Yenika, Tangwa Laurence, Verdzeka Emmanuel, Free Abel Kighe and Njodzeven Vemansius.

What constituted the uniqueness of the event was the presence of a powerful delegation from Ndop led by the Manager of UNVDA Ndop, Shey Chin Richard whose omnipresence on the platform of development needs not be overemphasized. 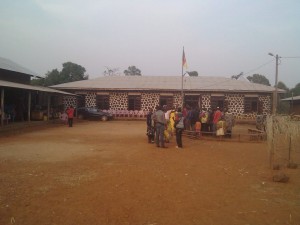 In response to the massive sensitization of our groups on the need to support “KPU YE Wiyi”, those who make things happen stormed Mbiame as groups, friends and individuals to make things happen through their massive material and financial support. For almost one week, Mbiame was brimming with life. For almost one week, Mbiame knew no difference between night and daylight. For almost one week, Mbiame was swarming with people of goodwill. We view your presence in Mbiame and your massive support as evidence of NSODA’s policy of “inclusion”, a policy NSODA President likens, in his speech during “Kpu Ye Wiyi” to a mended calabash; a policy the Lord Mayor of Mbiame mentioned in his speech during the fundraising event NSOBATI- MBIDECULA fundraising event in Bamenda to a “train that takes all on board”. 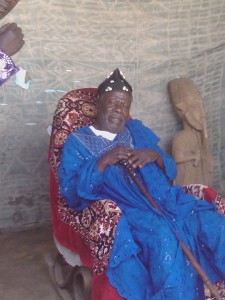 As a father who knows the fruits of solidarity and love, His Royal Highness The Fon of Nkar, together with another powerful delegation, made his triumphant entry into Mbiame, an experience analogous only to Christs’s entry into Jerusalem. While in Mbiame Palace, the custodian of Tradition visited the Ngiri and Mwerong societies and like others goes into records for contributing to making it happen in Mbiame.

His Royal Highness, the Fon of Atarh equally stormed Mbiame with as yet another powerful delegation to pay tribute to our culture and deserves our heartfelt gratitude.

The physical absence of other Fons was not felt as “They” were represented.

When we consider the kilometers and sacrifices all of you made to be in Mbiame, we cannot but express our gratitude to you as well as commend you as those who think about what is happening today and what will happen tomorrow. 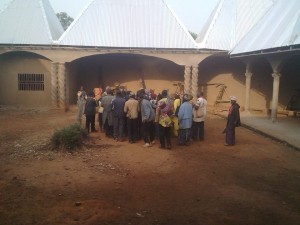 The fruits Mbiame people stand to reap from your presence in Mbiame is a huge lesson that there is strength, hope and optimism in inclusion, in collective solidarity, and thus a possibility for love, unity and development. It is a lesson that the paralysing mentalities that have no other agenda than encourage divide can be stamped out if we put to practice NSODA’s vision of inclusion.

Your presence in Mbiame to show your solidarity with the Mbiame people is a commendable effort and a sure way to positive transformations of our communities. The Mbiame experience is surely a lesson that if team spirit is out of our agenda, we will announce the funeral of solidarity. That would also mean depriving ourselves of communal life which is the surest path to unity and development. It is a lesson that if we work collectively, we can stamp out divisive tendencies, facilitate solidarity and create a platform to reinforce our sense of collective responsibility. 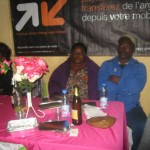 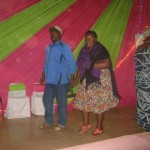 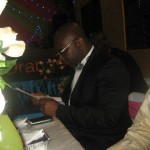 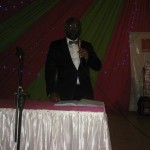