There are lots of speculations about the where about of Cameroon’s Martin Luther King (Hon. Wirba Joseph). Some say he has escaped to Nigeria while other sources say he was spotted in Abuja at the US Embassy and should be in the USA. Whatever story we make out of it, The fact remains that there was a Warrant of Arrest from the Delegate general of the National Security to jail Hon. Wirba Joseph. 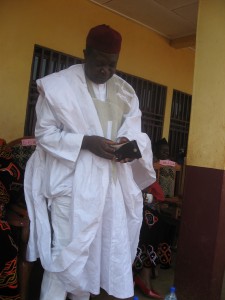 At the start of the parliament, the group parliamentary leader of the SDF Hon. Dr Banadzem another Joseph diplomatically escaped the reason for Hon. Wirba’s absence from the parliament, stating that it was normal as not all parliamentarians were present. This, one could understand the MPs move to seee into it that Hon. Wirba be protected by not spilling the milk by the Speaker.

According to Wilson Musa on CIN, Hon. Banadzem admitted having received a copy of the Warrant, stating that it is the place of the speaker to protect one of his. This was not the case and Hon. Wirba had no option than to take on his heels. This exposes the lawlessly in the country as an MP can be arrested with Immunity. If this could happen to Chief Judge Ayah Paul, what more of others.

This defeats the report by detractors who thought that the Warrior escaped without a line drawn. With the Warrant available, it is but obvious that all leaders could not be jailed for some needed to be free to continue the struggle. Hon. Wirba could be a target to eliminate as he remains the only Hero to have challenged the regime openly in such a strategic position and time where international media got enough evidence.

He did not stop there but openly held a crowd pulling rally in his Division (Bui) in Kumbo despite the prefectorial Ban from the DO.

Alfanet news even tipped him for the post of the presidency as a freedom fighter and one who defiled all odds as a slave and arose in his master’s house asking questions.

Therefore anyone can be arrested in Cameroon, with or without an immunity.