The news of the Yaounde 1 choir to accompany the president to his state visit in Italy was received as a shock and surprised to many especially those based here at home (Cameroon). About 50 students were flown to Italy, more than 5 Cabinets ministers and many without portfolio joined the presidential couple. With these groups put together, one could come to the neighborhood of more than 100 people. This gives the estimate of more than 100 Million to be spent on transportation and logistics alone by the delegation excluding that to be spent by the Ministers, diplomats and the presidential couple. Theirs might be in a special budget. 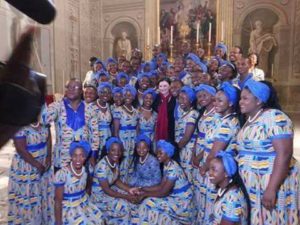 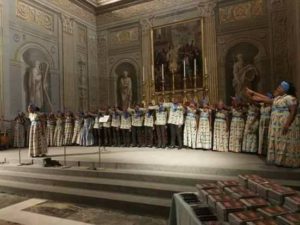 Many are of the opinion that tax payers money should be used to rescue emergency situations back home like in the health care industry, providing more infrastructure and medical care to many who can not afford. Images of patients needing attention and care flourished all over the social media as examples of where such funds could be put to use. 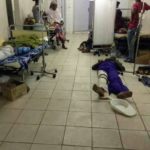 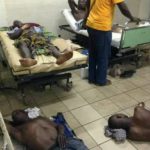 A cross section of the CPDM militants in Italy (Europe) and some French speaking Cameroonians cheered as the president paraded and was accorded military honors. The English speaking on the contrary were spotted with placards protesting from restricted positions as the police blocked them from the scene.

President Biya in his press conference acknowledged the situation in the two Anglophone regions promising to do everything to bring peace and calm in the regions, stating that Cameroon is united and rich in its diversity. 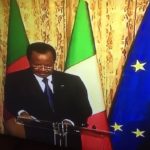 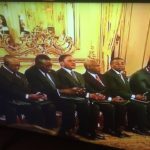 The state visit of president Biya has not been an issue as it was but normal to return the visit based on the invitation. The problem Cameroonians have is the misdirected charity that takes place during this visit. It has become a tradition that public funds are misuded anytime the president leaves the country for another. Those in the diaspora can testify this and it is often used as an opportunity for both the diplomats and those who sacrifice to go welcome him to make some extra cash.

It suffices enough to suddenly create a CPDM ward (branch) and get some of the attire and the Cameroon flag shared by the diplomats. 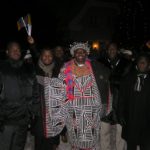 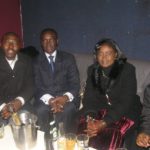 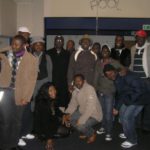 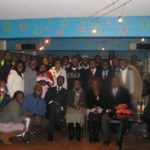 I happened to have enjoyed from this source of charity and can speak with facts.

In 2009 while studying in one of the Universities in Scandinavia, President Biya was invited amongst other presidents of the world for the COP15 (Climate Change) in Copenhagen. When news reached  Cameroonians in Copenhagen, i was convinced to call for a meeting to seek ways on how to welcome him and present our issues. I was acting as the interim coordinator of a newly created group called “Goodwill”.

In that meeting i found myself debating alone and supported by just one lady who later change sides that the meeting was a CPDM meeting. A group i never knew existed suddenly became very strong active. They must have learnt from other countries how easy it was to make money.

To make the long story short, we had to agree at some point when the Ambassador came to form a neutral group to welcome the president. I was asked to coordinate this new  group purposely to Welcome President Paul Biya. The Hotel was reserved for the president with a 17 man delegation. Our president came with 62 and there was no space for them, knowing Copenhagen as a not very big town to host all the delegates. This number 62 excludes those brought by the ministries, so you can alrerady have an estimate yourself. He had to stay in the private home of the Honorary consul Axel Juhl to provide space for his delegation. (Usually military men)

But guess what? We stood in the snow for hours at the entrance to the consul, and when the moment came, he drove passed as if no fly existed. We retired to the hall where we had prepared dinner worth 8 Million for a crowd of less than 50.

It was at this Hall that money was distributed to us. I stood my grounds and with the “holier than thou attitude” not to collect any dime as i saw almost everyone rushed for their share. The owner of the Hall Mr. John Njombua scolded me of my foolishness; He said and i quote; “Look Shey Tatah, i know you as a man of honor, whether you collect of not, the money has already been budgetted as spent…someone else will fake a signature and have, it is our tax payer money, i collected because of ther many hours i spent on the snow…”. Do i need to remind you of the “speed” i shamefully ran for my own share? We all received about 100.000 Frs each and something special of course for the Coordinator.

On the president’s departure two days later, i received a call from the Ambassador, he was still at the airport to accompany the president and be sure that he left for France. In this Call, the Ambassador did not speak long; this is what he said to me: (Mr Shey Tatah, the president is about to leave, is it possible to meet with some few Cameroonians and say thank you? I still have some Change.) Yes you read right, he still had some change, meaning after having spent all that much, there was still some to share out while our people are suffering back home.

In 30 mins, i called him back to confirm the venue, a student hostel where i lived had a very nice Bar and all we needed to do was to buy drinks. In less than two hours, news spread like wild fire and more than 50 Cameroonians were there. The white guys who lived at the Hostel and came to the bar benefitted from our hospitality but not generosity of cash. They drank to their satisfaction. We went home with an extra “change” of about 50,000 Frs each.

Do we therefore need to take people from Cameroon along when we have enough in the diaspora already? Share the money to the students, buy them laptops,(laughs) equip the Schools and provide them scholarships not flight tickets for 2 days.

News reaching me  states that some have already escaped to their networks, some stranded and some still thinking whether to return or not. Yes during such moments, Business men and women use their “heads” to get visas for many to travel and become illegal. Lucky ones end up legal but do not be surprised that some of these might use the present crisis to seek asylum. Relatives and friends of others already came to Italy to pick them up to their various countries in europe as they still have valid tourist visas.