African Politics and the Unpopularity of Long Terms of Office. 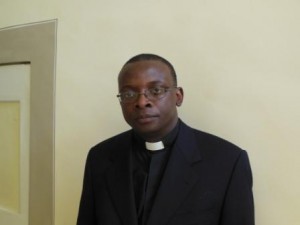 If the definition of a great leader, as one who affects the mind of his generation, is true, Mandela is candidly the greatest political leader Africa has ever had. Awakening interest and exciting respect appears to be what has enabled his moral political capacity rival such great men as Lincoln, and Sankara, and Gandhi. Yet Madiba Mandela is to us more than just quantifiable greatness; he is to Africa a genuine symbol of the miracle the sons and daughters of this embattled continent continue to pray for in political leadership. And what is that miracle? Mandela passed  away a year ago, but he had taken good care in a single term of office to ensure that he will not die.

The life of Nelson Mandela is a tale for all times. It is a teaching story to all those committed to the democratic liberation of their people from mediocrity and tyranny.  In fact, he is like that charming bird that sings a song of joy in the hearts of fellows about to fall in love. Africa, that is, black Africa is falling in love with her destiny. We are beginning not to be dreamers who dream a haven of paradise that would not come. After the Obama breakthrough, and then the Mandela manly move, we rise. Keep in mind we are talking about a people most Western minds have considered for centuries little better than animals, the kafirs. As long as our leaders will continue to embezzle and squander public funds; as long as public servants will loot and empty public treasuries; as long as our presidents will modify constitutions to continue in office; as long as our leaders will continue to manipulate the judiciary and elections for many terms of offices; the life of Nelson Rolihlahla Mandela will be there to bear witness and to inspire and give meaning to the noble contest for authentic statesmanship in Africa.

So, we ask the question again: Is Cameroon Mandela possible? Looking at what the country has been since independence, your answer will be: No.  The Colonialists and their harmful policies did everything to destroy that environment that would groom a Cameroonian Mandela. Otherwise,  Um Nyobe or Albert Mukong would have been the nearest thing to that – for they were the promising Lumumbas, the Mandelas, the Sankaras of Cameroon of that generation. But that promise was blighted. Or may be a Marcien Towa or a Bernard Fonlon could have taken that Mandela role as the most intellectual and convinced personalities of their generation ( best expressed in their internationally acclaimed literary review ABBIA) for they had the literary weapons to stir up true national feelings and knew the afflicted history of the African continent better.

It is easy to see why Cameroonians have allowed the present president remain at the helm. As ironically someone put it, he has given the nation a long stretch of relative stability despite corruption and economic crisis. Yet the pattern of  prolonged terms of office practiced so stubbornly in this ‘stable’ country is too unhealthy for Africa. Staying in government for too long – with Cameroon as case study – weakens institutions, asserts great control over the press, enables leaders to appoint friends to electoral and judicial bodies and to build networks for a gradual election break-in.

In Egypt, there is a group called “We’re Sorry, President,” whose members consider Mubarak the dictator, a national hero. They regret the 2011 revolution as the work of ungrateful children who turned against their illustrious father. This sickening condition is not unique in Egypt. The illness has caught fire in Cameroon too. There are people who defend the excesses of the first president of our country and hail him as a public hero. And as things show themselves, he was truly a charismatic figure. Yet, someone may be a hero but not a Mandela for heroes have not always been liberators of their people and you can be hero in criminality.

We lost a great occasion for a Mandela to emerge, when games were played on the 1992 presidential elections. In the Early Nineties, the euphoria expressed in support of the main opposition party in the heyday of multiparty politics defied region, religion, and tribe. Cameroonians were ready for a Mandela, but reactionary forces didn’t allow that opportunity. And in later years, the excesses of that Opposition –  personality cult, greed and power rivalry – have proven they had other ideas.

With the failure of creating a climate for the survival of these people mentioned above, Cameroon has ended up producing leaders who are everything but what Mandela was in South Africa. In fact they are Mandelas but Mandelas of a certain brand – a brand that has augured better for regional dominance over nationalism – Ahidjo’s North,  Biya’s South,  Fru’s West; or is it Fru’s North West again? Even at that, the various minorities have sprouted their own little Mandelas.  Yet, with the growing awareness of what true leadership is in Africa, the absolute authority of a father figure or the autocracy of a tribal chief is getting out of fashion in state leadership. 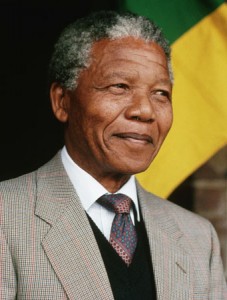 Cameroon is in dire need of a Mandela that unfortunately we have never had.

It is still likely for a Cameroonian Mandela to crop up. The reason is very simple. Our country men are hungry  – in fact, starving – for a Mandela of Cameroonian extraction. This is manifested  through the honest calls Cardinal Christian Tumi has had from many compatriots to opt for presidential candidacy as he was beginning to manifest Mandela qualities. There is no doubt that if Tumi presented himself, he would have had a massive win. But we know he had accepted some other service more dignifying and sacred than political leadership. But that Cameroonians are ready to seduce a clergy man to political power to lead them shows how desperate the people have been for the Mandela figure. Yet again, our neighboring Nigeria through Goodluck Jonathan – despite his imperfections (and who hasn’t?) – has taught us the lesson in recent times: the unpopularity of long terms of office!