The PM has the last day in the NWR and has visited so far 5 out 7 Divisions with Donga-Mantung and Bui divisions as his last catch. His messsage has been one; That of Education- “Let the children go to school”. Has he succeeded in his mission? or Is he going to succeed? 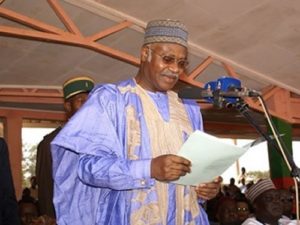 PM Yang’s second tour in 2 months in the same region has “sparked” fire not only in the social media as iften the case but this time also in the mainstream media. In the CRTV he was challenged during the Press Hour last sunday why only the NWR and if he is the PM for the Republic or just the NWR.

Despite these critics, the field has been very slippery for the man who was looked upon as very sincere and diplomatic in his first trip 2 months back. The second trip has earned him very contradictory adjectives as opposed to former.

His intervention in Mezam did not seem to be that of a mediator/negotiator bbut as that of a speech making trip. His trip seems to defend the decisions of the Government rather than finding a common ground for a win-win. The conditions and demands of the people have been seen as non issues and this has made things very challenging the more as comments and reports from the Divisions have been that of dissatisfaction, yet the tour continues.

In mezam he was challenged by the Bafut MP, with three tasks to exhibit good faith. All these three he rejected but went ahead to defend why. While this was debate, the Catholic parents stood grounds on the same conditions outlined by the Bafut MP.

His visit to Menchum/wum according to reports and comments was even more challenging as the people went back and down to memory lane 1986 during the Lake Nyos disaster. They sought to know what happened for such calamity at the time the PM’s brother Fai Yengo Francis was SDO for Menchum 31 years back. They requested the know how of the 19 youths abducted from the Division.

The case in Boyo Division has been that of outright insult to the local people. The PM was served with the usual three requests and the most undiplomatic response the people expected the least was that of asking if the Kom people had any use for the internet. This provocation spread like wild fire and the Kom people could only serve him with the same response. No school without the Anglophone problem solved.

While we will update you on the Momo Division full report, Mr Willie Berinyuy reports on the Ngoketunjia Division’s trip stating that “The PM Yang Philemon acknowledges the restoration of the independence of West Cameroon but argues that it is wishful thinking….The PM was speaking in Ndop during part of his North West safari tour to beg parents to send their children to schools claiming the United Nations is far from dividing Cameroon as if Lawyers are begging for the Statehood of West Cameroon.”

How shall the outcome be in Donga-Mantung and Bui Division? Although rumor has it that ghost town is promised Him in Bui his own town, this reporter believes that Bui people are warriors, they will go listen to him and share their view points openly to him.

Before you go ahead to response if the PM is succeeding or not, Is the strike only about the education/kids back to school? Why will politicians hide behind education and avoid the whole issue? Why is the Government not worried about no court cases?  Is the Diaspora responsible for this and misleading the people as PM asserted?

The Chairman of the SDF Ni John fru Ndi has called on the PM’s trip in CIN as the most ridiculous one. What about you? Please do have your say.