Kumbo people stood their grounds even against the Fon & The SDO. 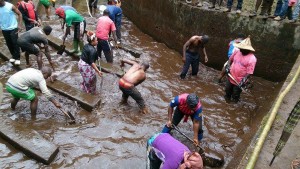 Last week some newspapers carried news of the Kumbo water crisis with some powerful media houses covering the conflict of what is referred to as the Fon and the Mayor tussle tearing the people of Kumbo Nso aside and into camps. The council vs the palace, The SDF vs the CPDM, the Kumbo water Vs the Nso water etc.

The chairman of the SDF party Ni John Fru Ndi did not stay quiet as he blamed the Fon of Nso for the escalation of the crisis attributing it to His Royal  Majesty’s involvement to politics and taking sides with the ruling party the CPDM. 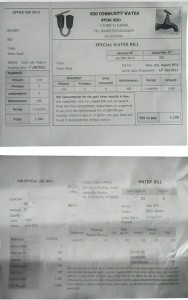 Today the crisis took a different turn. The interim Nso water board (that of the palace) dispatched its workers to disconnect water from the homes of the workers of Kumbo Water Authority (KWA- that of the council) for failure to pay their bills. It is worth noting that these people did not pay bills as favors and preferential treatment offered them for their services as workers. This was done with the immediately effect and as if that was not enough, the KWA workers reacted by reconnecting the tap water. 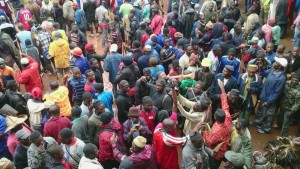 The palace workers became furious and decided to remove the pipes as a counter reaction. The council workers could not but seek the intervention of the administration. 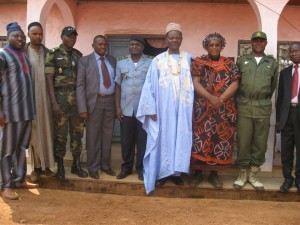 The SDO and his etat major stormed the palace for immediate action. The Fon after negotiation felt that water was an important and necessary commodity for his people irrespective of which camp they belong ordered that the the council workers be allowed access to water in their homes. 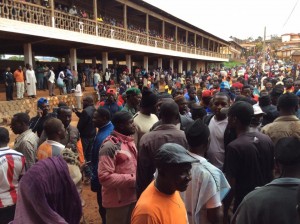 The furious crowd that ran to the palace when they saw the SDO and his etat major drove to the palace stood their grounds that council/kwa workers were no longer going to consume free water. They took the opportunity to warn the administration of the delay of the court case which might be interpreted as  delaying justice. The crowd also threatened the mayor’s home as the next stop to completely deprive him of this commodity if action is not taken to address the situation

The SDO and his entourage left the palace with a deadlock, but the question remains, how long shall we have to take to resolve this shameful situation we find ourselves in.

From the action today, i can only but state that tension rises daily and something needs to be done, and fast as such.