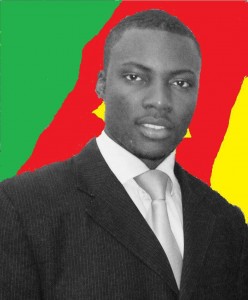 Human Capital development has for long been a major source of factor productivity. Indeed amongst nations with limited natural resources, whose productive capacity resides on their Production possibilities curve, the option of expanding their capital bases from machine alone to building a strong knowledgeable economy has spoken in Billions of dollar proceeds. Streaming with double digit GDP growth rates, they have their prints the world over, intervening in relive programs with aid ranging from physical cash to real food supplies. Singapore, Malaysia , these few undertake rigorous courses towards pruning a knowledge based high tech economy, science driven in literacy and numeracy, exporting the same to their utter advantage,despite their geographical disadvantage– Singapore’s GDP amounted at almost 10times the Case of Cameroon in 2013. Their human capital has greatly undermines such disadvantaged positioning, the world had put them in–so much so that even highly natural resource endowed countries, lag behind this trending.

This drives me towards my darling Nation, its fertile agric land masses, forested regions with great arable lands, minerals, and other rich and highly demanded produces all found therein. In the same 47544sq KM, are 19,891,103million inhabitants of which 71.3% boast themselves as Literate– male: 78.3% female: 64.8% (2010 est.) with a Population growth rate of 2.7%. This to Singapore and other such high tech economy would represent a great menace to other countries in terms of Cameroon’s supremacy economically, politically , diplomatically and otherwise, if Cameroonians reasoned , and had such institutions they do. But why isn’t it that way? 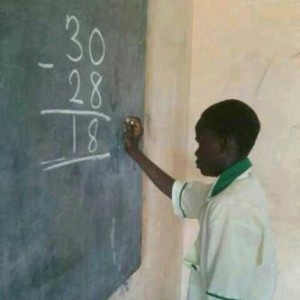 A 2012 issue of Cameroon Economic Update, had attempted an explanation by insisting that a large proportion of Cameroon’s workforce is not considered to master basic skills such as literacy and numeracy when starting work. This is the case in spite of
recent increases in access to education rates , even the higher literacy rates hereabove and represents a major impediment for their insertion in the labor market and, more importantly, for their ability to absorb post-school training either on or off the job, and to adapt to changing job requirements. Definitely, a large population or a larger work force doesn’t translate directly to a productive and a flourishing economy, but the quality of the population and work force does/–Cameroon is yet to get there.

In fact, the Economic Intelligence Unite suggest in 2010 –then recorded by a BTI report in 2011, if Cameroon’s GDP growth figures only future between 2, 3.3, with average almost exacting population growth rates, it will take Cameroon a millennium–1000years, to double its GDP. Then we question, if Cameroon truly boasts of what they rely have in terms of an educated population . Definitely as In Cameroon’s , context Literacy is defined as those at age 15 and over who can read and write.

I however argue that literacy not be viewed in such simplistic terms but be quantified with an added value to the economy in question. To be literate, your worth to the community, be quantified and qualified in addition to just reading and writing. Cameroonians therefore must focus on developing their human capacity, this in line with available, local resources with which to create value out of the enormous resources they are endowed with.
God Bless Cameroon!!