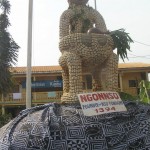 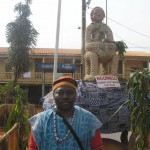 Ngonso is the name given to the founder(ress) of the Nso Dynasty in 1394. As a woman, she would not have led the Kingdom as a Fon (Fon) so it is assumed that he son was the first Fon of Nso. 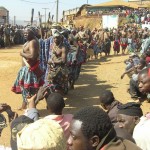 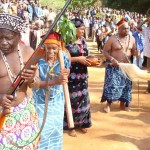 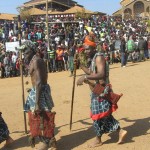 Ngonso is the name given to the Nso Cultural festival in honor of the founder and this is celebrated every year in December during the last week of the month.

First Ngonnso was in 2008 and the launching was in Kovifem with Ntangri wo Kov that Sehm Mbinglo had to do after a long stay in power without it. Meaning that he was recognised as Fon of Nso only after the rites at Kovifem. Says Bulami Edward, The Secertary General of the Nso development and Cultural Association (Nsoda) 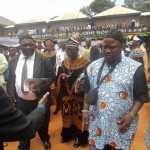 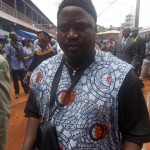 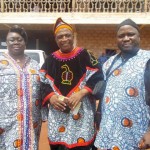 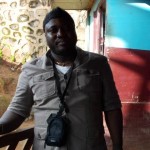 To View Pictures of that Festival, click here: There is also a video you can watch part of the Ngonso 2008 especially day 7 & 8 :

He goes further to state that the second edition was launched at Sangfir with Nchumelu of Sehm Mbinglo I, I mean his Kitaayiy which was seeking approval and empowerment from his mother’s lineage. meaning it was more development oriented than traditional.

When Shey Tatah asked about the 3rd and 4th editions, he said the Jaikiri launch was a little bit political to let Nso know how extended the Nso boundaries went while the failed Mbiame launch was a sign to show the values shared by the Fons and to assist the Mbiame Palace Project.

This year’s Ngonso will be in Tatum- Nkum where the Nseh Palace resides again another boundary show case of Nso that extends to the boundaries in Wirmbum. Below is a detailed and official mail from the Nsoda secretariat.

Following the enlarged NSODA Exco meeting held in Bamenda on June 13 and following the
assignment given the Home Branch of NSODA on Cultural events, a follow-up meeting was held in Kumbo and the following were arrived at as far as the NGONNSO CULTURAL FESTIVAL in the Nso Fondom is concerned after discussions with the Paramount Fon of Nso who gave his go-ahead:
-That this year’s edition shall run from December 27 2014 through Jan 3 2015
-That the theme for this year be chosen from either of the two below:
*Make Nso One and Great through Culture
*Culture; the path to peace, unity and development
-That the kick-off for this year’s edition be in Tatum under the hospitality of TADA [Tatum Development Association]
-That the 27th and 28th December 2014 be celebrated in grand-style in Tatum
-That the program of activities for the two days be made rich and productive
-That the home branch of NSODA will spearhead the organization while the NSODA national exco supervises and directs.
-That TADA Exco be officially informed through a correspondence from NSODA national Exco
-That NSODA Home branch should immediately program a meeting with TADA and Nkum to kick-start preparations.
The following was proposed as activities for Tatum and the rest of the Festival.The tentative program should be circulated for input before final adoption for printing.
It was equally agreed that the projects to the different partners be drawn-up and immediately dispatched on time so as to avoid last minute embarrassments.
In order to harmonize the cultural events in the Nso land, it was agreed that instead of Ngonnso starting on December 26 which is the culminating day for the NDECA week, it should rather start on December 27, a day after NDECA day.
The preparations of the other cultural events in the different Fondoms shall be drawn up as consultation and concertations go on.
Your input on the different proposals in this mail will be highly appreciated.