Peter Esoka of the National communication council visited Kumbo a week ago and suspended all talks about Kumbo Water Crisis (KWA) on all radio stations giving a warning particularly to HelenKriss.

Public opinion holds that the KWA invited Peter Esoka of the Communication Council to Kumbo to close down HelenKriss but the situation on the ground only earned them a warning for inciting the public to riot through their broadcast. This maybe true or not but the fact is that all radio stations operating in Kumbo have been asked to desist any report/news  on the  recent water crisis.

Where did the Nso people Fail?

Dialogue failed between the Palace, the council, the KWA and NSODA on a lasting solution for the control, management and ownership of the water. For close to 9 months now the crisis has escalated to the extend that no negotiation can be reached as the matter has been handed over to the Ministry in Yaounde that has in turn formed a crisis committee headed by the Governor of the North West Region. The coming of external forces from the Ministry of mines and power and now communication council is proof that the Nso people had left the crisis off hands and could not give peace a chance. Many have accustomed blame to different kinds of groups and people.

Majority believe that the situation has been blown out of proportion by political instincts. The CPDM using the Fon to pull down the Mayor and SDF, while on the other hand the SDF pulling the Mayor against the CPDM and the Fon. Could this be the main reason? This write says NO…Taking a close look at some politicians, we have seen many SDF militants standing for the palace against the council but this assertion can not me under-looked.

2. NSODA EXCO Vs The Council and settling of personal scores.

Some have accused Nsoda as the reason for the fuse. Some have gone to the extend of quoting personal conflicts between the Nsoda president and the mayor of Kumbo council claiming that their conflict over a project has pushed them to work against each other. This writer after thorough investigation found out that these men of substance had always put the development of the community at utmost priority. On the 1st of January 2015, these two camps sad an agreed to work on a common platform for the good of Nso. The whole Nsoda exco led by its president stormed the home of the Mayor without notice to spend New Year with him and proposed the role of an elder in the Nsoda Council. The said Mayor welcomed the proposition with joy and was even amongst those decorated by Nsoda the 2nd of January 2015 and duly signed by the Paramount Fon of Nso. These gestures alone spoke volume and that they could work together irrespective of their personal issues. The interest of Nso was top priority. 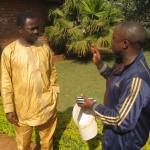 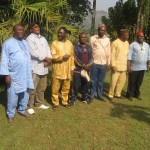 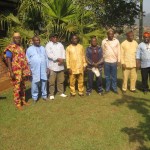 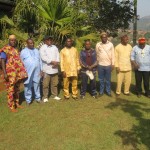 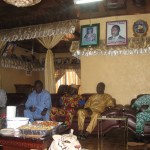 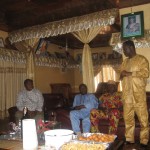 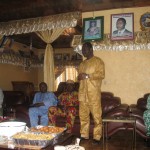 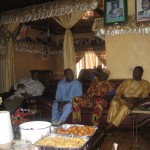 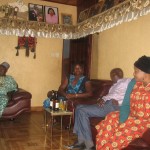 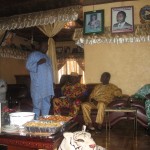 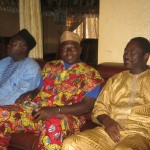 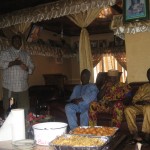 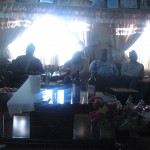 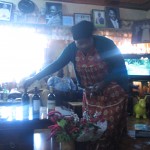 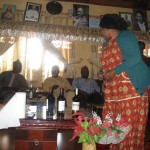 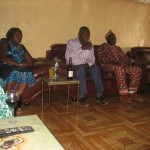 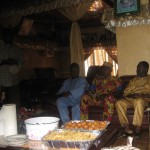 Mayor Njong has always been at the events organized by Nsoda and the Fon, we saw him in Tatum at the Start Of Ngonso and despite his ill health on the second he sent his deputy to represent him for his award, an award he could turn down like others. 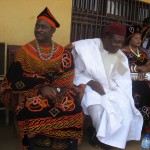 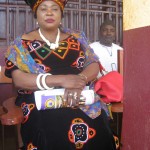 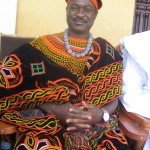 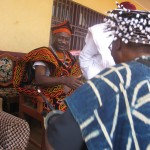 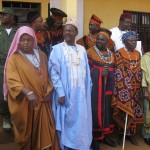 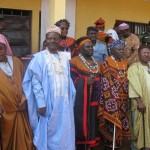 These are many other reasons we know, greed, ergo, arrogance, pride, love for money, power and you can name them may have contributed to lead us to where we are now. But One thing i found wanting played the main evil to land us all into trouble.

3. The so called Advisers:

My experience as one that followed the crisis closely, tells me that, the Mayor and the Fon are being misled. Their advisers have done them no good but used the two leaders to project their images and become indispensable in the crisis. This could be either by the political party members or by those selected to play the advisory roles in these two institutions. Yes some used the crisis to settle scores, an example is a Fai Oliver that works at the DO’s office. During my search for peace when the crisis started, i explained to him the willingness of Mr Njong Donatus to dialogue with his father  after a meeting with him and that i needed the SDO to convene a meeting with just the two of them (The Fon & the mayor) since it was alleged that the Mayor was obstinate.

I thought that i was sharing a piece of good news to be ushered to the SDO as he could assist me to meet the SDO immediately, but i was wrong. Fai Oliver who was on self suspension from the palace, now saw an opportunity to make amends with the palace. He immediately ran to the palace to tag Shey Tatah Sevidzem as one of those citing with the Mayor against the Fon, he then questioned who Mayor Njong was to be convinced to meet the Fon? I was only part of the solution not part of the problem.

When the Fon’s advisers got this news, they immediately alerted the Fon and before i arrived the palace after my meeting with the SDO, i was already advised to disappear and that my presence was at stake and could lead to my Sheyship relinquished.

This story may sound one sided but the raison d’être is to expose the role of the advisers, how they acted without facts and reason. their facts to them became their ideas and as soon as you did not agree with them, you were against them. The single story should not also be read alone without others that we know.

These are the situations i found for myself, my three visits to the Mayor met with the same people. That is where the decisions were cooked and no matter how you pleaded for the change of approach, no one was willing except the Mayor himself. I asked and proposed win-win situations, of all the people in the room, no one ever believed they could be a way except the mayor who could see that things could be talked over and handled in a mature way. But when you leave, they force him to their ideas, sometimes claiming that what the mayor is doing is against the law by not taking over the control of water and managing it. I am sure this would have convinced him enough. I kept asking myself of these people had nothing more to do in life than to sit in the Mayor’s office and carve out strategies to convince the mayor their way. I kept asking them is the interest of the community was of any importance to them. It is true that majority if not all of them were SDF militants. The most striking of them was that some of them came from neighboring villages to show you how they were bent on misleading our leader. The council has its own role played which of course we can resolve easily through elections but we can not let things go out of hand before we intervene.

Otherwise why will someone deceive business people in the absence of the Mayor to close their shops and go to Tobin to welcome the Governor who never showed up and nothing has been done about it, yet we expect them to close their shops. Why will people like Manya from Shisong has his soya place locked up for answering the Fon’s call? All these were bad advices from council advisers.

The palace on the other hand blocked me away completely from the Fon. Some Two persons who have completely hijacked the rule of the palace into their hands made it clear that they could not sit in dialogue table with Shey Tatah.  They have  even ursuped the powers of the Nwerong that even when they were suspended by the same Nwerong, the Fon threatened to “quit” with them. They are the cause of the movement of the Fon up and down from one meeting to another to no avail. An incident that urged one pastor to shame the Nso people for treating our father the Fon the way we did. He thinks that we have lost respect for our Fon which I couldn’t agree with him more. Thanks to him some of us started thinking before our Great leader the Fon.

Many other Nso people have been denied access to the Fon who could be of help to the crisis by the same people. Nso people are aware of this and we know the fate of what befell them some months back. But the process did not last long. Shufai Ngairine has been hammering on this times without number.  Of recent i received a mail from one elite stating that these same advisers are bound to destroy the Nso kingdom, i asked how and he said that “The people are not only blackmailing people to the Fon, but write very unprofessional letters to the administration minimizing the administration even the Governor. And it would appear the administration is bent on reducing the strength of NSO Kingdom.”

I felt a vein cut off my leg, i did not only take his words serious but looked at the number of people that have been suspended from the palace, the Boko Haram letter that circulated in Nso, the list of the Nso Water board/committee that circulated, the list which portrayed that these people are only interested in their position and the money they will earn than the community interest, and most devastating, the Fon’s New year speech over City community radio that reduced Nsoda to nothing. If not of bad advice, why will a good princess, known for her great works in Nso be lured to read the Fon’s speech on the declaration on the board of Nso Water when Shufai Yuwar is (standing) sitting there at the event? The picture below can show the incident for itself. 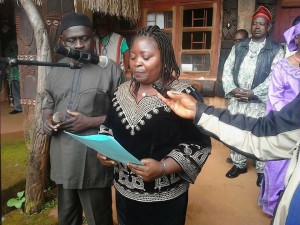 To conclude, i want to reiterate that, although the reasons advanced in 1 & 2 above and many more may have played a mayor role to have things out of hand as we do now, i am of the opinion that the advisers to our leaders did not help things out. They helped to put things ablaze and until the “rotten tooth is pulled out of the mouth, it shall continue to chew with caution” Ola Rotimi in The gods are not to Blame. I shall always stand by the throne…

i know many like Fai Oliver will now twist the content of this mail and rush to the palace and tell the Fon how much I fight against him. I remain a loyal Nso protector of the Fon and most especially the throne. And I think that his advisers need to give way to peace by either letting the Vibaays do their work and give Nwerong the chance to protect our Kingdom…