Today Peter Esoka was at Hello  Cameroon program brought by one of the journalists that admire him Mr Edwin Kindzeka, who met Peter in church and invited him to this program when he learnt that Peter Esoka the Veteran Journalist clocked 50 this year in the field. 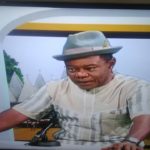 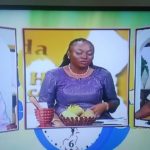 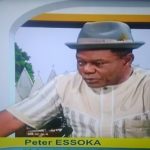 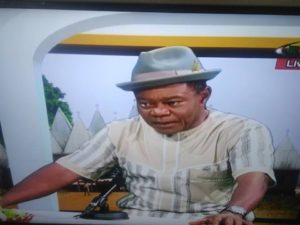 In this panel, Peter shared his experience from the 60s when he joined the broadcasting industry, stating that at that time they only did rebroadcast from Nigeria as Cameroon especially Buea where he was reporting never had the resources and equipment. He stated that they reported mostly through imitating the journalists they admired and this probably might have been one of the reasons they went to the field. Although he never intended being a journalist, he was lured to the profession through a friend.

Although they never had professional training like we have today with students graduating with decrees in Communication and Journalism, they had internal training which compared to that time was far better. Far better in the sense that people should not do journalism as a career(to earn a living)alone but as something they like and are committed to it. He expressed the things he should have done better and the things that could be improved.

Peter for the first time cleared off a prejudice i had and which many still believe today, that because of his vocal reports, he was jailed to underground prison and that this even affected his eyes as he almost went blind. This false rumor and belief is still deeply rooted in the minds of many, who claim it was only President Biya who decided to release him.

Peter Esoka today denied these allegations, admitted he did work with President Amadou Ahidjo by reading his speeches in English likewise with President Biya but never was jailed by whoever. He only after 1972 relocated to the USA and returned when President was already in power. Goose pimples were seen all over me as i saw how naive i was and could believe a thing for close to 30 years without investigating  the truth. It took only today to get facts from the horse’s mouth.

Peter today now serves as the president of the communication commission a position he said was met with congratulations from the head of state recently. He has also faced challenges with the decisions of shutting down some media houses in which many believe that has been unfair in doing so. His job has been very challenging as to freedom of expression in the case of Cameroon.

Although Peter did not have a lot of women at the time he started, he later mentioned some that are still very active today in nation building although not in the journalism industry. He ended his panel by reenacting on the importance of journalism. Be truthful, honest and humble. He admitted that journalists could make mistakes but even at that, they should apologize sincerely when they do. He admits that at his time there was no social media but that any serious and committed journalist will fit even in today’s media architect.

One wonders how many journalists today especially in the crtv can truly and sincerely stand to state that they report what is true and facts. Many have been manipulated by the politicians and many have sold their consciences and help in the society that we have today. As we wish Peter Esoka a happy anniversary, we hope that journalists will take to this call for honesty and humility and help to better the society with facts and truths and maybe sincere analysis for the nation building and eradicate corruption and injustices. Journalists should be like the lawyers who stand as the voice of the voiceless.