Happy Birthday Popol. You are indeed my Man and Our Hero. Lion Man…Courage Man 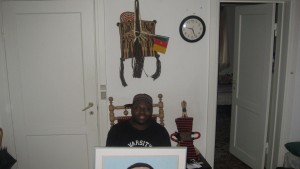 President Paul Biya is the only Cameroonian politician who seems to have beaten all the 22 Million people residing in that country for the past 33 years. He has been the President of Cameroon since 6 November 1982. A native of Cameroon’s south, Biya rose rapidly as a bureaucrat under President Ahmadou Ahidjo as was given the most positive attribute as a christian to be the better leader for Cameroon.
February 13, 1933 (age 83), is the birth day and years this handsome Youth of Cameroon has lived. Many fear that in case he quits power, Cameroon might experience the worst chaos either because no one is capable of ruling the country apart from him or because he has not groomed anyone to take over from him.
Pa Frank earned  a new name Pa surprised when he dismissed and even imprisoned some of this closest ministers that many thought were unshakable. The reality was all experienced by all. But the question is, if such a man indispensable for this Great nation, remains the only one that can rule Cameroon forever, then all Cameroonians should and may never talk of any leadership potentiality anywhere and elsewhere.
Below i shall share a post by Mr Ngong Roland Alias Wo Kila in one of the online forums for you to count your teeth with your tongue and see the role some of us play in bringing our contry forward…
Shey Tatah 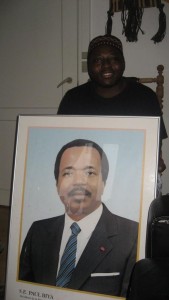 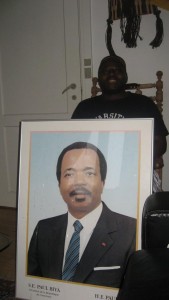 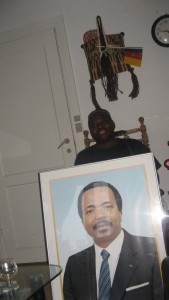 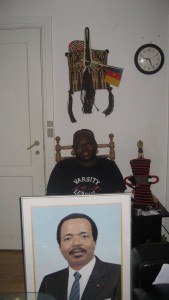 The coterie of sycophants are at it again!
“You are our natural candidate. We beg you to stand again in 2018. You have maintained peace and stability in our beloved Cameroon despite the turmoil and chaos in the neighbouring countries. You are our champion. Considering the stakes in terms of security, you are the only one capable and qualified to lead this country. We need a steady hand at the helm of affairs. We need you again in 2018”.
Unstated but implied: If Biya is not in charge, this country (Cameroon) is doomed. I am yet to see or hear of a single country on earth that ceases to exist or collapses beyond redemption because of the demise of a single human being. This is an outright lie. Absolutely misleading. But then the choir boys a la Foning are back in business.
Quelle insouciance! quelle desinvolture! the French would say
Paul Biya, the current President of Cameroon, to whom all these appeals are directed, will be 83 next week. In life expectancy terms in developing countries, he is way beyond standard bounds. He has been in power as President for 34 years. Prior to that he had been Secretary General at the Presidency and Ahidjo’s Prime Minister for slightly over a decade. On balance, Biya has been parading the corridors and in most circumstances wielding power at the highest levels for close to half a century. For the record: kids born in 1982, some of whom are parents with multiple kids, have known just one leader in this country of 25 million.
Such longevity in power is not good for the country. Biya himself did acknowledge as much in the 2013 end-of-year message to the Nation. He spoke like an Opposition leader condemning the inertia, corruption, inefficiency etc..etc… He conveniently forgot that this was happening under his watch. By staying on beyond his ‘use by’ date, he has not only deprived this country of new blood, new ideas, new initiatives and some alternative way of managing public business but worse, he has either condoned or fostered cronyism and a clientelist mafia that has held everyone else hostage.
Unfortunately for us all and for our country, the nightmare is not yet over. Biya will stand unless circumstances beyond his control dictate otherwise. He will win because his ‘victory’ (by hook or by crook) is pre-ordained. Then we will go back to business as usual with its bandwagon of ailments that inhibit growth and development in a country blessed by the gods.
Gosh how I wish it were different. Wishful thinking!.
Wo kila