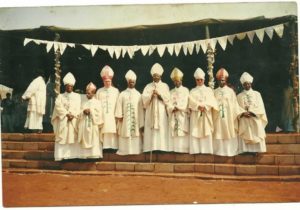 The Bishops letter dated 29th April on the current Anglophone crisis has sparked mixed feelings as many believe they still do not understand the problem but playing the moral part on the crisis without understanding the situation. The Bishops are bent on promoting Decentralization and social Dialogue yet ignoring the release of those arrested and demilitarization of the regions yet calling for schools to resume. Many have read this letter and have the following to say: 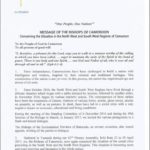 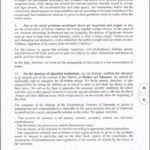 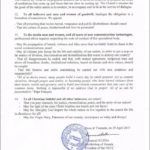 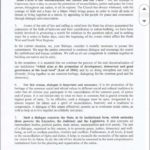 The Bishops of Cameroon have spoken well, like the respected men of God that they are. They have provided a succinct diagnosis of the problem and rightly noted that it has evolved from a trade union issue to a political, administrative to constitutional issue. We all know that this escalation of the problem is due to the bad faith, excessive violence, murder, mayhem, and disdain of the government. The bishops offer a way out of the crisis that I think is reasonable: a dialogue that concerns the institutional form of the state, and reinforces the separation of powers between the executive, the judiciary, and the legislative. Biya needs to get that off the ground, They also want the state to “decide the destiny of the detainees according to appropriate judicial procedure.” 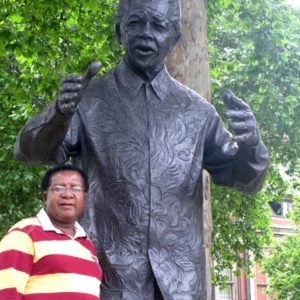 With all due respect to the men of God, I think they fail to understand the nature of the Biya regime. Biya is has only one way of communication and governance–rule by decree. In 35 years in power, he has not demonstrated a culture of dialogue or compromise. He engages only in monologues. The word dialogue does not exist in Biya’s vocabulary. How can the bishops expect Anglophone civilian political detainees who are charged with death penalty offenses to receive justice in a military tribunal? I fear that the bishops of Cameroon did not read the message the Holy Father, Pope Francis gave to President Biya when he visited the vatican last month. The Pope clearly told Biya to “respect human and minority rights” of Cameroonians! That is a clear reference to the atrocities perpetrated in the Northwest and Southwest regions. http://www.news.va/…/pope-francis-receives-president-of… The Bishops want dialogue between the parties. That is a good thing. There is just one small problem. Who is going to dialogue with the government when the Anglophone leaders are in jail? The Bishops need to tell Paul Biya one Latin phrase: habeas corpus! Release all the Anglophone political detainees. They have to remind him what the Pope told him, namely, that he has to respect human and minority rights in Cameroon. Left to itself, the Anglophone problem is slowly spinning out of control before our very eyes. The bishops of Cameroon mean well, but their message may be too little, too late to move Paul Biya. You can’t teach an old dog new tricks. Lyombe Eko Prof. at Texas Tech University but hails from Buea.

Aboh Anjah Martin questions if the Bishops have the legitimate write to call off the strike;

“Did this bishops organize any strike in Cameroon if no then why is it that they are those trying to call off the strike?”

Mark Bara laments on the letter stating that; “You must have read a certain Communique coming from the Bishops Episcopal conference signed by Bishop Samuel Kleda. They are calling for resumption of schools, end of ghost towns etc. In fact, the wordings of the Bishops sounded exactly like the CPDM government prepared text delivered to them in a holy masked because it failed the test woefully. In fact, we can grade it -5/20…I am by this short notice calling on Southern Cameroonians to reject the Bishops of Cameroon latest communique signed by Bishop Samuel Kleda. That Communique which fails to even call for the release of our people, it does not meet the aspirations of the Southern Cameroons people…The communique from Yaounde signed by Bishop Samuel Kleda is another form of tyranny and slavery. Enough.”

Ndzi Kibuh hammers that “Bishop kheda and his Episcopal council hate the TRUTH, the Bible says know the truth and the truth shall set you free”.

” It is worrisome that Bishops with all respect will involve themselves in such dirty political game masterminded by the Biya regime. God is supreme no matter what.” Marie Sengue

“This is worth nothing… See who is talking about decentralization here? We don pass that stage…. Finally the francophone bishops are simply doing something else. They need to understand what SC needs” Don Papi

” I expected u start by urging Biya to release those who can dialogue nonsense.if you want to use God’s name be honest and call a spade a spade” Gillian Lemma

“Total nonsense.see Bishops playing politics. at what time are they calling parents to send their children to school.to go study what? At what time?Has the school year not ended or they are talking of next year?they are threatened by the case against them?sorry they are out of topic” Enesto Akanga

” Rubbish!!! The bishop that value country stability and financial motivation as school subsidies need to be recalled by God because he has missed the line of his calling already. No single francophone support the freedom of anglophones even their clergy!!! If you are my church leader, you must act in line with Christian norms or we disown you. That we have already done for any one who still wish to enter into covenant with injustice!!!” Grace Siefrank

“Its a pity for Cameroon. Bishops are too carried away from the path of the people. What humanity do they want to protect with that crap. Shame to those Bishops”  Illoh Ikenge

” Since the crises sparked off 6 months ago, I have been to Church on many occasions and have listen to Mass Intention with captions like:
– For Peace to reign in our beloved country Cameroon
– Asking God to grant peace in Cameroon etc….
Bidding prayers or Prayers of the faithful have also taken same suit and coining. I have NOT heard any Prayer in church supplicating for retributive and equitable Justice. Does this pretext challenges Pope Pius X’s (he himself a Conservative Roman Catholic) assertion that “where there injustice there is no hope of peace because peace is the work of justice”? Cameroon’s painful troubles are embedded in the number of gross unjust and hidden agendas inflicted on Southern Cameroonians for 55 years. Let us do Justice then peace will reign!” Tangka Eric

Mbilam Samson Jumbam thinks that the letter does not reflect that written by the Bishops of Bamenda Ecclesiastical Province reiterating that; “The current Letter proves nothing but complacency of Francophone Bishops. How long have they taken to react to the Anglophone crises? The message is teleguided. After all, petrol bonds will flow”