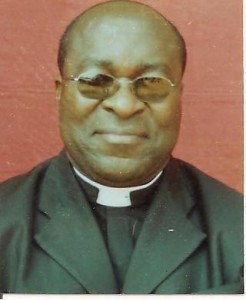 Fr. ZEPHYRINUS MBUH YEM has been appointed as the Assistant National Secretary for Catholic Eduction in Cameroon.

Fr Zeph is a priest for the Diocese of kumbo but hails from Mbessa in Boyo Division very close to Oku and was accessible by car only through Kumbo, “but recently can be accessible from Babungo via Lake Oku and Tolon then Ibal Ichim” as added by Chin Richard and Nsaikila Njong.

Rev Fr Mbuh born on the 26th of August 1964, attended GSS Fundong and Bishop Rogan College in 1984 & 1988 respectively. He later joined the Seminary in Bambui and after his three years of study did his pastoral year with the Youth Ministry of Kumbo Diocese. The Youth Team that was baptized the “Dream Youth Team”. 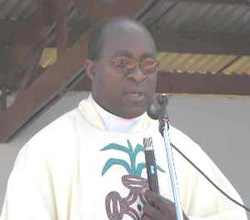 Apart from working in some parishes, he also worked at the Bishop’s house in Kumbo, St Aloysius Minor seminary and later returned to the Bishops house as the Catholic Education Secretary from Further studies. He is known for his plight for the less fortunate, especially the orphans and for his outstanding rule to provide quality education to the Diocese of Kumbo.

He is not only intelligent but a very down to earth servant of God known for his openness and paving a listening ear to the faithfuls. A man of his words, has won lots of favors from his colleagues and often looked upon as “a bishop” in the making by many.

Fr. Zeph is currently the Secretary General of the Bamenda Provincial Episcopal Conference and a permanent member of Staff of the Major Seminary in Bambui.

Fr Mbuh has written many testimonials amongst which the one addressed to the Amom Charity. Read excerpts below. 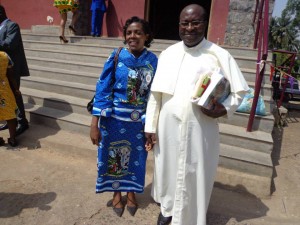 “Looking at Cameroon’s education policy one would imagine that elementary education (nursery and primary school education) is free, but that is not the case even in public schools. There is always one need or other to meet with money from parents and so parents would spend a minimum of 3,500 Francs CFA per pupil per year in public schools. One would also imagine that the Cameroon Government would make elementary education available to all children aged 4 to 11 years. However, the situation on the ground reveals that in spite of the many public schools opened in many communities, a number of communities still have no schools for the education of their children. Even where there are public schools, staffing is not guaranteed, since many a civil servant would want to be as close to the town centres as possible. In the rural areas it is commonplace to find a Class Six Public School with one officially assigned Government teacher who spends a maximum of one to two weeks in school every month, since he has to travel to and from the Regional Headquarters for his salary.”