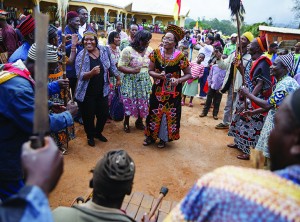 The event that runs from  the 26th through the 27th of Decemebef was graced by a series of activities. Apart from the usual “juju’ display and the cross country race, the youth came in with more innovative activities. 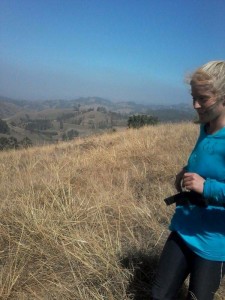 The beautiful landscape is the Ndurum mountain as we know Nseh to play a very strategic positioning in Nso as it shares boundary with the Donga Mantung Division and another wiimbum Clan. The Nseh Fondom is known for its great Zion Choir headed by Godlove Wirajing and serves as one of the powerful Four Fondoms of the Ngonso Dynasty in Bui. 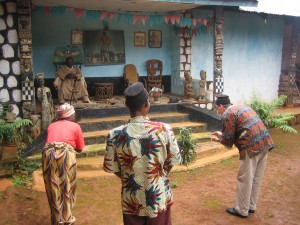 The Fon of Nseh Is known for bringing and encouraging development in Nseh, reasons for which he is called the Father of Development and loved by his people. This could be the key reason to maybe why the festival this year was spiced with new ingredients amongst others a football final between Nwansha FC and Beshi FC where Nwansha carried the day by 2 goals to zero. 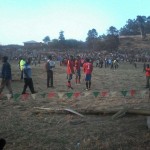 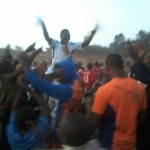 The Yaounde Branch of Ndeca made the festival special in that apart from the Jangma Nseh dance of  Yaounde, they provided every traditional dance for the festival with an envelope. This put smiles on their faces and motivated them more to present the best in them. 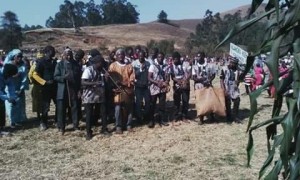 The Jangma dance that performed at the palace also visited the Ndagon compound where this dance originated from and returned home with good advice.  Worth noting that the family head of Ndagon is the father of Banin Emmanuel founder of Jangma dance in Yaounde.

This festival used to run hand in glove win the Ngonso Festival which unfortunately did not take place this year. It should be recalled that Nseh lost its National chairmanMr Wirkom Abubakar 2 months back in a ghastly accident on his way to the village to make preparations for the the said Festival…In this regard, the festival took time to reorganize its national executive.

Coming up next in February shall be the Mbiame Festival from the 3rd to the 10th of February 2016: