Siminkov- Oku Bui County 24-02-20: The genocide continues in Bui as Cameroon ?? military forces invaded Simonkov a village sharing boundary with Oku and Kumbo in Bui county as early as 4 am with the help of “ Deflected or Atanga Nji boys” also known as vigilante groups:

The civilians in their sleep heard a series of gunshots as early as 4 am only to wake up to see at least 3 homes razed down by Biya military sent to wipe out Southern Cameroonians:

As if that was not enough, civilians trying to escape were shot at close range killing at least 4 on the spot. The Bui warriors ( the civilian defense) mobilized and came to the rescue losing one of theirs the newly appointed commander.
This barbarism comes less than 2 weeks following the massacre in Ngarbuh which the world is yet to recover from. The civilians keep asking when the International shall intervene and take serious actions against Biya Regime.
The civilians despite the painful tragedy are grateful to the Bui warriors for coming to their rescue otherwise it would have been worse than Ngarbuh. 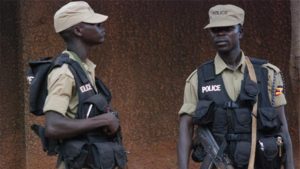 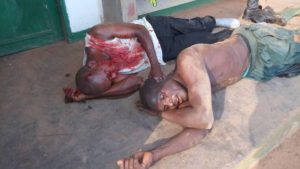