The news of the Pope opened to discussions on allowing married men to become priests has brought mixed feelings and criticisms even before the decision will be reached. For close to 22 hours since the CNN interview and report, many have worried about this change of teachings. 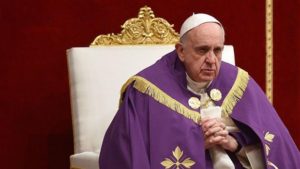 “In an interview with German newspaper Die Zeit, Pope Francis said the lack of Catholic priests was an “enormous problem” for the Church, and indicated he would be open to a change in the rules governing eligibility for the priesthood.

“We need to consider if ‘viri probati’ could be a possibility,” he said. “If so, we would need to determine what duties they could undertake, for example, in remote communities.”
Viri probati is the Latin term for “tested men” or married men of outstanding faith and virtue. 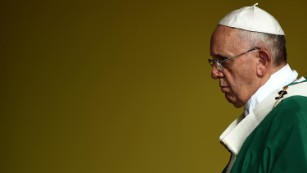 The option would allow men who are already married to be ordained as priests. But single men who are already priests would not be allowed to marry, according to the Pope.
“Voluntary celibacy is not a solution,” he said.
This message or piece of news is therefore for people like us who missed the opportunity and might have another chance of becoming a priest while married. The debate does not target priests becoming married but rather married people who want to become priests.
This is to match up with the lack of priests to handle the uncrowded churches in Europe.
In the scandinavian countries, some parishes are forced to merge with others due to lack of priests and some are obliged to get either a married deacon for services or a catechist to carry out services. The case is different in Africa as many still rush for priestly vocations.
Would it be better to ordain Rev sisters as priests or accept married people become priests?
Shey Tatah Sevidzem

Believing by Doing
by Napoleon Hill

It is a fact that man is the master of every other living thing on this earth. If we look about us we can see that the birds of the air and the beasts of the jungle have been wisely provided with food and the necessities of their existence through the Divine plan. Is man, then, not worthy of the same blessing?

All that you need to do to get anything you rightfully should have is to take possession of your own mind and use it. You do not have to ask anyone for this privilege. It’s yours . . . now! The approach to liberty, freedom, good health, love and an abundance of the material things of this life is through your own mind, by the methods described in this and other lessons of this PMA Science of Success philosophy. The purpose of this philosophy is to explain how you may take possession of your own mind and use it intelligently to fulfill the measure of your creation.

The development of faith is a matter of realizing the astounding power of the mind as it adapts itself to the inflowing of Infinite Intelligence, and then directs its power to some constructive definite purpose. The only real mystery about faith is why so many people fail to make more use of it! A one sentence definition of faith simply explains: It is the art of believing by doing.

And it is in the word doing that the secret lies. Faith exists only so long as it is used. 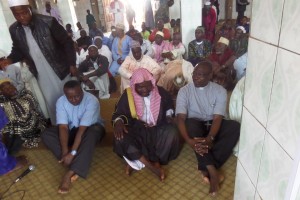 Bishops,Priets & Religious at the Mosque

“We must go beyond all barriers”, Bishop Dennis Kofi Agbenyadzi SMA, of the Diocese of Berberati , Central African Republic, told our Muslim brothers at the Kumbo Central Mosque on Friday 18 March, 2014. The young, zealous and dynamic prelate, who is barely two years a Bishop, stands tall in the heart of the crisis in Central Africa. He has been described by many as an icon of peace, unity and reconciliation. The main objective of his visit to Kumbo was to reciprocate the solidarity of the Catholic Church and the people of Kumbo towards Central African Republic (CAR) during the crisis.

Coincidentally, he arrived Kumbo on the day the Muslim Community had planned to handover their own quota for support of CAR refugees to the Tertiary Sisters of St. Francis (TSSF). He grasped the opportunity and went to commune with the Muslims, accompanied by Mgr. George Nkuo, the Bishop of Kumbo, Fr. Joe Lukong, the Canon of Kumbo Cathedral and a host of Tertiary Sisters of St. Francis. During his sermon, the Imam called for forgiveness, love, peace and acceptance of other religions.

Mgr. Dennis, the Courageous missionary, whose driver is a Muslim, refutes the claim that the CAR Crisis is a religious war as presented by the International media. He asserts that those causing all the atrocities cannot tell you why they are fighting when the rebels had long gone. The youth who are mostly school dropouts are just being politically manipulated to use the situation for looting. “If that were the case, I would not have hosted over 4,000 Muslims in my house”, declares the Bishop.

From his radiating joyful and determinant countenance, it is evident that Mgr. Dennis has given the crisis in the CAR, a pastoral dimension by looking to the future with ardent hope. He admonished the Christians of Tobin Parish in the following words, “in the chaos of life, God brings new things. So, never give up, live the present moment, try to go beyond the physical and see the image of God in his creatures. Above all, never allow yourselves to be manipulated because once war begins, it is hard to end”. It is no doubt that he sees the Muslim children born in his compound and named ‘Monsignor’ as a sign of life.

He expressed deep appreciation to the people of Kumbo and elsewhere for the prayers and generosity demonstrated towards CAR. He added that we never know we need other until we find ourselves in situations like the one currently experienced in CAR. Bishop George confirmed it by underlining that, the gesture was only the beginning of greater collaboration. The Grand Imam simply declared that this collaboration was long overdue and saw the coming together as a positive outcome of the war. Finally, Bishop Dennis, thanked and encouraged the Media in Kumbo for their hard work and sincerity.

He left Kumbo with fond memories of a hospitable people. Above all, he cherished the blessings of the mother of Cardinal Tumi’s who referred to him as ‘baby bishop’. He went along with part of the second consignment of gifts and food items donated. He invites all to continue to pray for CAR and also to endeavor to visit them in future.