If you missed part one to three on Nso Titles, do not worry, you can still read part 1 here; part 2 here; and part 3 here;

There are many categories of Yahs, almost all of whom derived directly from the palace in earlier years. Of late, beginning with Ngah Bifon I (1910-1947) Yahships have been awarded to certain important lineages without regard to direct derivation from the royal lineage. 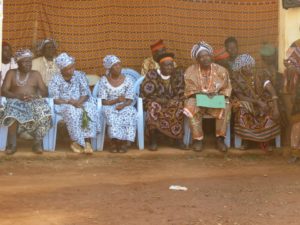 The highest-ranking Yah is Yah Yefon (Fengay or Queen Mother). She is the third ranking personality in the land (after Shufai Ndzendzev and Shufai Taankum) by status, administrative and religious function.

Upon assuming the throne the Fon appoints a Yah Yefon from among his female  children or  his sisters if his birth mother is no longer alive. Yah Yefon is treated like a Fon in all aspects except in special greeting (“bun”). She represents Yee Nso (Ngon Nso), the founder of the Nso dynasty. 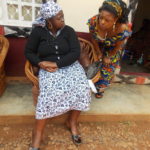 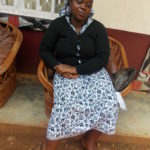 The present Yah Yefons that are still alive today are; (At the time this article was written) 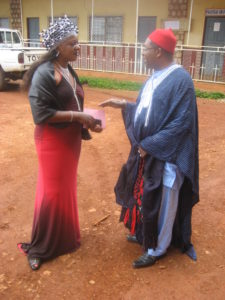 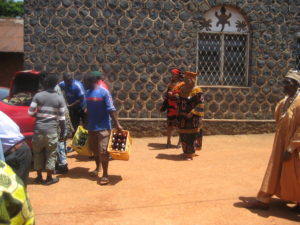 The next Yah in rank is the Yah Yeewong  (mother of Nso). She is the second representative of  Yee Nso (Ngon Nso), the founder of the Nso dynasty.

When Ngon Nso died around 1421, her son Leh who assumed the throne created the title of Yeewong and Yefon to be combinable and held by a single individual. The two titles were later on separated with Yefon holding the higher title (very silently) and Yah Yeewong the next (very publicly) with  a rank equal to Fai Taawong who is also appointed by the new Fon at the same time as Yeewong. 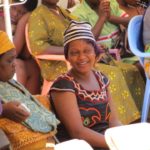 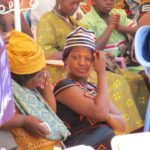 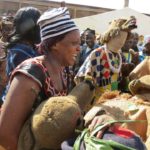 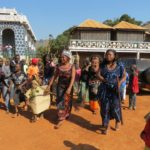 A few Yah Yewongs that are still alive today are:

Most Yahs of status in Nso today are descendants (inherited) of former Yah Yefons and Yah Yeewongs. 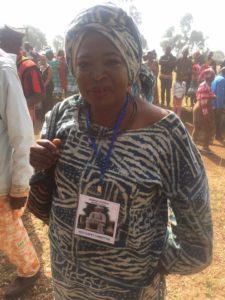 A few notable examples of these reigning Yahs are:

Yah wo Kai Jakiri (Successor of Yeewong wo Nturkui)

Yah wo Abakwa Jakiri (Successor of Yeewong wo Kih Kiyan)

Yah wo Mile 3 Bamenda (Successor of Yeewong wo Roo-Kong)

The next rank of  Yahs is based within the palace household, Yah Nkonin and Yah Yeela (leaders of the Fon’s senior wives – Kfem se Fon). They act as managers of the Fon’s household. These two Yahs must be of Mtaar origin. They also organize the Fon’s farm work in collaboration with the Yeesums.

Every Shufaiship of high standing and with historical underpinnings can also have a Yah. A famous Yah in this category is Yah wo Taankum. It is still unclear why some of the big Shufaiships are allowed to create secondary Yahships but the lineages themselves do not have a Yah of the main lineage compound. 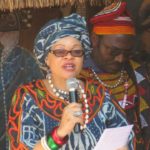 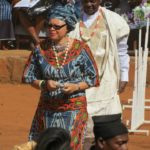 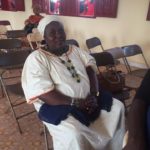 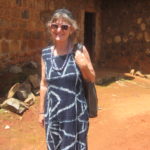 The last category of Yahs are those that are crowned by the Fon in collaboration with the Shufais or Fais. The process of naming and enthroning a Yah is very involved. The Fon cannot name a Yah without approval from the Yah’s lineage or extended family. The Yah needs to do the very public “kibunfon” and a grand “kitar yiy” for the family and the public at large to recognize her as a Yah of standing. Recent examples include the “kibunfon” carried out by Yah wo Shusum (Sov), and Yah wo Mbassy in Nso Palace.

If you missed part one on Nso Titles, do not worry, you can still read part 1 here; and part 2 here; 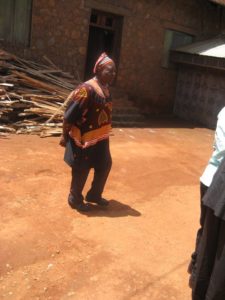 The highest rank of Fai is the Atarntoh (all Nchelav), with the “Atarntoh ve Samba”, leading this group. These are family heads of some of the most influential lineages in Nso. In Fact some of them actually submitted themselves to Nso as Fons between 1450 and 1800, but it is unknown why they were made Nwerong leaders instead of Duy or Mtaar Vibai.

Unlike the Vibai who are councilors of the court, the primary role of the Atarntoh is that of Palace stewards, priests and guardians of the royal household. Atarntoh also sometimes act as advisers to the Fon.

In addition, the Atarntoh are members of the “Shishwaa” society whose principal duty is to keep Nso land free of famine. “Shishwaa” members are also responsible for protecting Nso institutions from any destruction and also act as the Fon’s peace envoys. 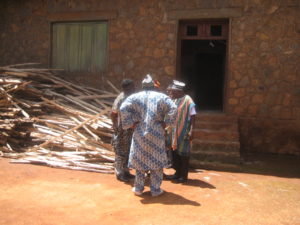 Here in order of seniority are the “Atarntoh ve Samba“ 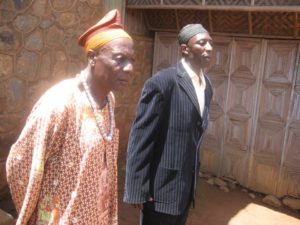 All “Atarntoh ve samba” are only lower in rank to the ten (10) ” Vibai ve tiy se taakibu”.

The next category of Fais is the “Won jemer se Fon” (the Fon’s sisters’ sons). Since most of these are Mtaar (aboriginal Nso), they have a separate quarter called TaaMban (next to Nwerong’s compound). Their principal duty is to carry out inquisitions, expiatory sacrifices and cleansing rituals. 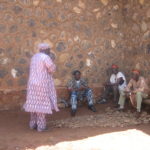 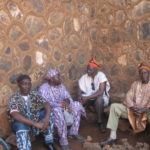 The last category of Fais are lineage or sub-lineage heads. There are scores of Fais (too many to be listed) in this category and are drawn from all the segments of Nso society the commoners (Nchelav), the aboriginals (Mtaar) and the extended royal family (Duy). All Fais in this category are lower in rank to all Vibais, the Atarntohs and “Won jemer”

The process of en-stooling is elaborate, grande and very public, whether the Fai assumes the stool by inheritance, extension (“kisheer”), elevation (from Shey) or appointment by the Fon (fhum or buh).