Yde- Cameroon: What CRTV will not show you. 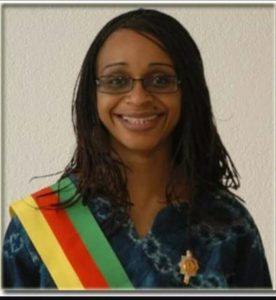 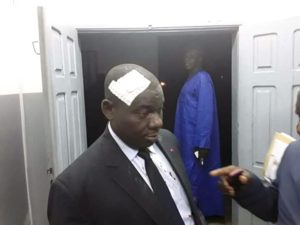 Hon. Tomaino Ndam Njoya of CDU and wife of Adamu Ndam Njoya, MP from the Noun Division attacks the CPDM Hon. Wallang Richard MP for Menchum Division by shooting him on the head with her shoe and sustaining a serious injury.
This Iron Lady could no longer hold it that Hon. Wallang, an Anglophone at that matter was the one blocking the discussions on the Anglophone problem each time it was mentioned in the house.

Throwing of object at parliament

These are the elites that need to eliminated and stopped from representing the people since they only represent their stomachs. CRTV will not show this simply because Anglophones are not part of la Rep parliament and therefore not an issue for them and la Rep.

Comments and reactions from readers on fb group. We shall update more useful comments  as they comment.

Ngong Emmanuel Ngah Wum people are a disgrace. How can u allow such a stupid man to represent u!

Jonathan Ngwa I personally think its also time to emphatically tell the SDF MPS for the last time that its time now to come home or we treat them like th home enemies within us.

Divine Ndango I really don’t know how people used the word elite this days. So anyone who cheated in election and become a parliamentarian is an elite. Even most fons in North West are not elite. I know some fons who are fons with the help of Achidi Achu who manipulated their father,s wills to make sure he put a cpdm puppet. Elites must be those who command respect in their areas and not those who supposed to be in jail for fraud.

Praise Faith That man should be exiled from Menchum. We thank the lady who expresses her frustration by shooting the idiot with her shoe.

Delphine Mbong It would teach them if they don’t have impt things to say to stay quite.

Enow Enow Essim She would have blinded him instead or even one of his eyes.

Franz Fritz Ntoko III . How I wished you ladies were this many to change the status quo of the Cameroon Old age Parliament

Ngu Gilbert Tambi He’ll learn to keep quiet the next time that matter will comes up.

Joe Beso  I’m waiting for CRTV Press Hour. see if Joe will make mention about it

sifo Rogga Well done iron lady!
Remihans Bongyu I don’t think anglophone problem has to be discussed in the House of assembly

Wan Tanley The lady has done a very nice job. Go go ahead

Tantiyuy Benedict That is just tip of the iceberg. The fools of cpdm
Lovertte Nsaidzedze That is the beginning of his problems, he still has to face the home front.
Severine Akumu No peace for the wickets
Bariki Bariki He should be banished from his village
Alain Michel Manga Le Cameroun va mal
Tayang Leonard For me I see no reason for him to be refusing that it should not be discussed.
Vincent Asachu See how a woman can do what 1000 men can’t do.
Marbi Marbi The devil who lives under the bed is exposed he got his match thank you lady he should be taken care of
Bongcho Kisitu It’s like this man us already eaten up in their occultic group. He does not look normal. His own blood is even like spoiled palm oil. That is not the human blood. He knows where he has put himself.
Mouhyiyoud-dinn Mounir Le Cameroun ira bi1 après
Okah Julie No peace for the wicked

V-4. THE DESTRUCTION OF THE ŊGÍRÌ COMPOUND IN 1935
Sometime in the mid 1930s, the Ŋwéròŋ-Ŋgírì truce was shattered. During a mortuary ceremony at Ki’ Kingomen by the Ŋwéròŋ cult, members of the Ŋgírì cult appeared even though they were not invited and seized the drinks that were reserved for Ŋwéròŋ cults members (ki bi la Ŋgírì ngwaah bo wu no bvee king – who even invited Ŋgírì to this party before they made this mess). The Ki’ clan was able to calm nerves and the ensuing scuffle was brought under control. Shúufaáy Ndzәәndzәv was expected to reprimand the Ŋgírì group for this affront on Ŋwéròŋ and he did not. Fòn Ŋgà’ Bì’ Fòn I (1910-1947) was livid, especially because the princes who led this affront on Ŋwéròŋ were the principal contestants to his sitting on the throne and dared to boast that Ki’ Kingomen was the beginning of their power grab with the throne as their ultimate target.

It took another Shúufaáy Ndzәәndzәv (Shaafee) and the next decade before peace was re-established and the Ŋgírì cults were re-instated. The members of the Ŋgírì cult accepted their subordinate status to Ŋwéròŋ, continued their existence as a fraternity of princes and everything progressed peacefully until 1947 when another progressive prince Sheèy Wan Nto’ Mbinkar Mbiŋlo was enthroned as the King Fòn Sehm III (1947-1972). Ŋgírì saw the opportunity and attempted to regain their old glory and power under Fòn Mapri (1907-1910). Unlike his predecessor Fòn Sehm III (1947-1972) was very tactful in handling the Ŋwéròŋ-Ŋgírì conflict. He gradually increased Ŋgírì’s power and influence without alienating Ŋwéròŋ, but the rivalry still boiled to the surface after a decade of apparent peace.
V-5. THE PALACE FIRE DISASTER OF 1956
The festering Ŋwéròŋ-Ŋgírì dispute may have claimed another casualty, this time dismaying the whole Kingdom. On December 24th, 1956, a mysterious fire started at the Ŋwéròŋ compound section of the Palace and quickly engulfed the whole Palace in flames. Even though the Ŋwéròŋ people could not prove it, they accused the Ŋgírì cults of burning their compound in retaliation for the 1935 destruction of the Ŋgírì compound. Ŋgírì vehemently denied the charges especially given that the retaliatory effort had caused the destruction of the whole Palace except the Ŋgírì compound which was a little removed from the rest of the Palace structures.

Fòn Sehm III (1947-1972) was however quietly elated by the destruction of the Palace. In fact he named the first son who was born into the extended Royal Family after this incident Beri Ngaa Ton (thanks to the arsonist). Fòn Sehm III (1947-1972) saw this as an opportunity to reconstruct a modern Palace and he ordered his whole Kingdom to build him a befitting Palace comparable to the Bamoun Palace in Foumban. The Nso’ people took the challenge and the great Nso’ Palace Reconstruction Project (which is still ongoing today) was started. The Reconstruction Project took attention away from petty squabbles and kept the Ŋwéròŋ-Ŋgírì conflict at bay for another decade.
V-6. BAA GWAR ŊGÍRÌ OF KOOŊGIR
Like Ŋwéròŋ’s Yeŋwéròŋ (mother of Ŋwéròŋ ) cult, Ŋgírì also had a Yeŋgírì (mother of Ŋgírì) cult, with the difference that the Yeŋgírì cult was just occultist (shiv) without a display masquerade like Yeŋwéròŋ had. In 1967 things changed. The Yeŋgírì cult decided to create their display masquerade. The inaugural ceremony chosen for the masqerade was the death celebration of Shúufaáy Kooŋgir, a senior Lord of Sacrifice (Kibay ke Dùy ke Ntaŋri). Ŋwéròŋ was enraged by this development and lodged a complaint with the King Fòn Sehm III (1947-1972) but the Fòn refused to intervene.

Compiled and shared by 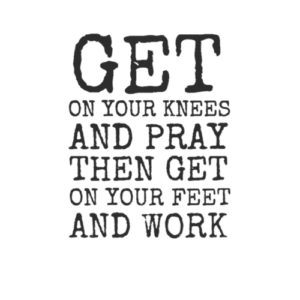 Throughout your lifetime, your spirit must grow apace with your body. Prayer and work go hand in hand to bring us peace of mind.

This was illustrated when the head of a monastery heard a monk express doubt about the order’s motto: “Pray and work.” He invited the young man to go rowing with him and took the oars himself.

After a while, the young man pointed out that the superior was using only one oar and said: “If you don’t use both, we’ll just go around in circles and you won’t get anywhere.”

“That’s right, my son,” the elder man replied. “One oar is called prayer and the other is called work. Unless you use both at the same time, you just go in circles and you don’t get anywhere.”

The seasoning influence of the years on my life has brought me into a better understanding of the attitude in which to go to prayer. As a result, I now always close my prayer with these words:

Oh Infinite Intelligence, I ask not for more blessings,
but more wisdom with which to make better use of
the greatest of all blessings with which I was endowed
at birth – the right to embrace and direct to ends of my
own choice the powers of my mind.

Marius Youbi, an international student at Aarhus University who was asked to leave Denmark a month ago arrives Denmark again today this time on a working permit. 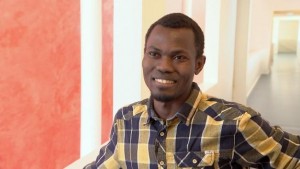 Marius was sent out of Denmark on the 7th of January for working too much as a student. Baptized “Super student” from Cameroon, Marius intelligence and excellence in studies forced the media and sympathizers to fight for his cause. The Slogan has been;”Sending away Gold and welcoming criminality”.

Marius received a lot of support both from Denmark and without as an electrical engineering student and this has landed him a job as an engineer, reason for which he has been given a chance to come back. The Danish Media today shall focus solely on his case as broadcast over the TV. He has suddenly become not only a super student but a super star. Note that he is 30 years old.

This is just one of the many stories we have, but also should serve as a lesson to many.

We wish and hope Him well.