Berlin- Germany 🇩🇪 12-11-22
The mighty monarch, His Majesty The Fon (King) of Nso came face to face with the ”stolen” Ngonnso (princess and founder )of the Nso Kingdom: 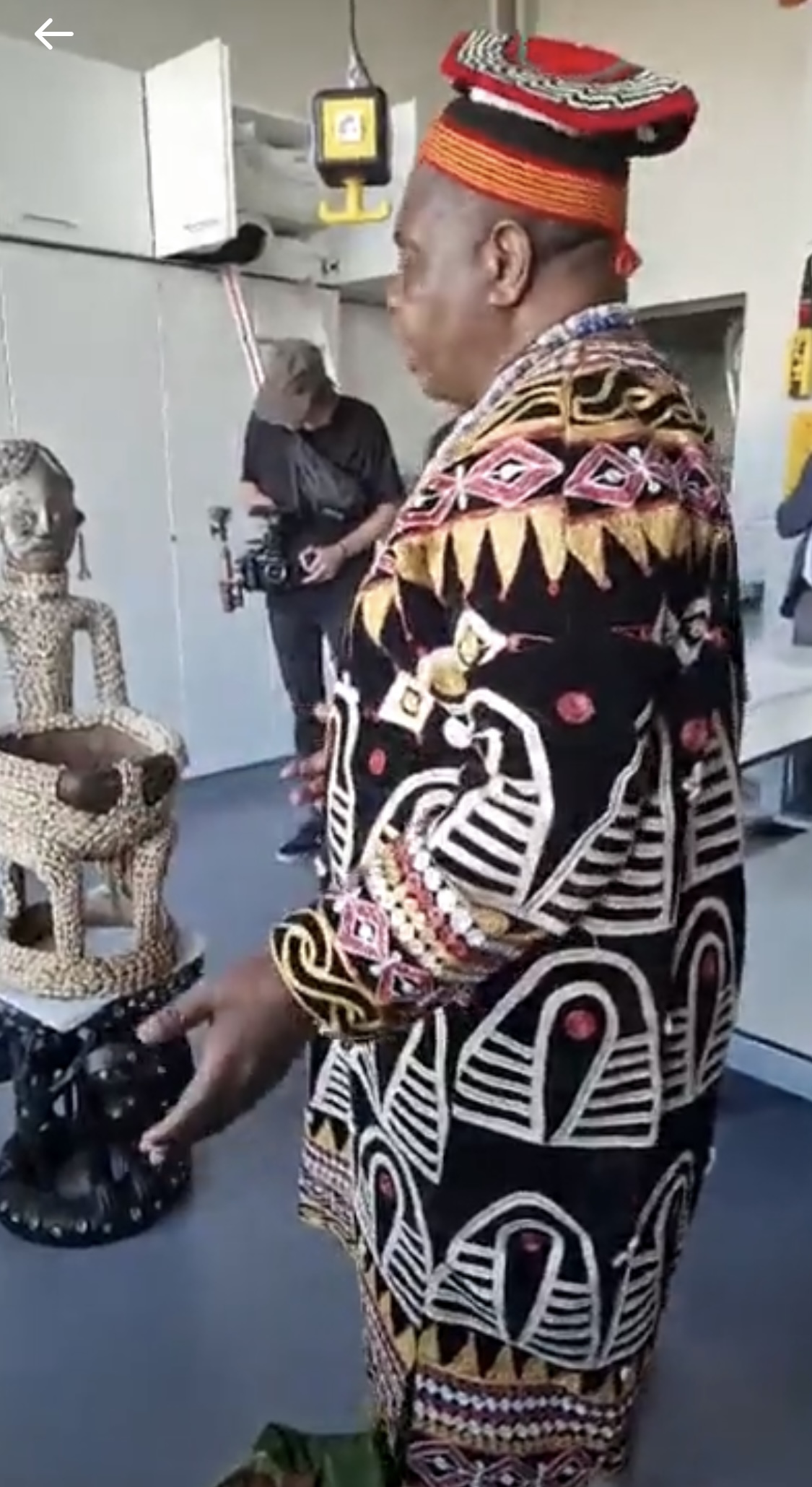 The Fon pleaded with her not to hold any grudge against him nor the people as she was never sold but ”stolen” away:
The Fon after incantations, poured water 💦 in form of libation before placing a traditional bracelet on her neck stating that he could not touch Ngonnso with his hands while on exile until her return to Nsoland :

The few allowed in the museum took pictures as the Fon sat close her mother Ngonnso: At the scene and event accompanying the Fon, we had Mr. Bulami Edward and Mr. Emmanuel the Fon’s steward (Nchiylav Fon/Fai): The programmed continues as he will spend more days in the restitution process: SM