This post was made as far back as the 3rd of June 2009 on a debate in Shundzev on the History of  the Nso people and who the Nso People are. This was a contribution from Rev Father H. Mbuy to the forum where he expressed why he remained silent on the debate before reacted at the time he did. 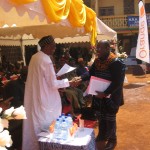 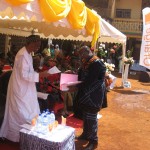 There are three fundamental questions and one homework that needs to be done before we can comment seriously on this matter.  First, What is the identity of the Tikar? Who are the Nso’ people? What history do we want? Homework of the Nso’ History Society.
I. WHO ARE THE TIKAR?
We speak so easily about the “Tikar” as if this were already a settled case.  Anthropologists (Chilver, Warnier, Zeitlyn, Nkwi et als.) who are conversant with the ethnography of the Bamenda Grasslands still contest as to whether the Tikars are identifiable or whether this appellation applies to a multiplicity of fiercely independent and linguistically distinct groupings. Even from point of view of etymology, there are still discordant voices as to the origin and exact meaning of the word “Tikar” (cf Eldridge Mohammadou, 1990). So the origin of the Tikar, for some serious scholars, rightly deserves the label of a “problem”. Verkijika does not believe in this; and I support his views because we see in the views of others, not only an attempt to balkanise the Tikar but also an academic pseudo-problem. My reason for stating this is for the rest of us to realise that there are some very serious scholars who contest our supposed origins. 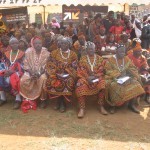 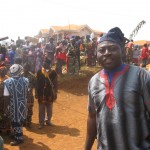 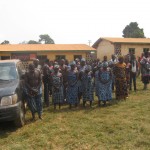 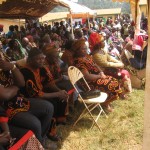 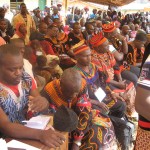 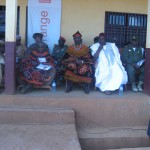 II. WHO ARE THE NSO’ PEOPLE?
This is another headache. If by Nso’ people, we mean those who today belong to Nso’ Fondom, then we have huge problem that has to be carefully studied. What about the Noni and Djottin Nso’? What about the Mbiame? What about Oku? What about those who live today in Nser? The questions are unending. As Warnier rightly says, almost all tribes in Cameroon have been involved in their early histories in a “migration mania” and identification of each group can  raise serious difficulties. In 2008, for example, I undertook to do just a little study of the Mbuy Family, and I was dazzled at the stratum of information that one had to dig through. In the end, some of the findings are better not published. It would be a great challenge for example for the Nkar sons and daughters to do a very unemotional and objective study of their lineage; the same would hold good for those from Ndzendzev, Takum and others. In the end we have material that would need experts to weave together into some meaningful history.
III. WHAT KIND OF HISTORY OF NSO’ DO WE WANT?
Evidently this question is just as loaded as the previous. Can we actually talk of history, or are we talking about various recorded interpretations of oral “facts” that we have received? I am happy that Ba Tar is already teaching something. Late William Banboyee, make a risky journey from Kimbo to Yola in the hope of trekking along the path of our ancestors. He brought back breath-taking information. For example, at Bankim, he was able to find areas that are almost exclusively “Nso'”; and they have been like this from time immemorial.
Tatah Mbuy,SD
Via Monte Altissimo, 23
Viale Tireno 38
00141, Roma, Italia